ASWF names new members known for their commitment to open source software development that promotes growth and innovation in the motion picture community. 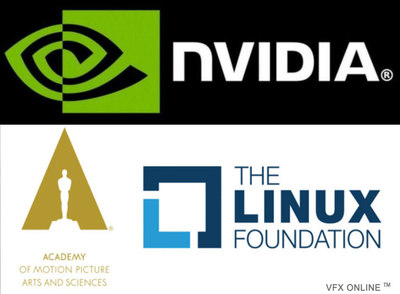 LOS ANGELES -- The Academy Software Foundation (ASWF) has announced that NVIDIA has joined the foundation as a premier member, with ftrack and Red Hat joining as general members. ASWF was developed in partnership by the Academy of Motion Picture Arts and Sciences and the Linux Foundation to serve as a neutral forum for open source software development in the motion picture and media industries.

“We are very excited to welcome NVIDIA, ftrack, and Red Hat as new members,” said David Morin, executive director of the Academy Software Foundation at the Linux Foundation. “These companies have a wealth of expertise across graphics, open source, and project management that will be beneficial to our communities and our projects as we continue to grow.”

NVIDIA
Jon Ison, director of media & entertainment partnerships at NVIDIA, commented, “NVIDIA is committed to developing technologies that support the motion picture industry through accelerated graphics, 3D rendering, AI and deep learning, simulation and virtual production. Already a member of the Linux Foundation, we’re looking forward to working with the Academy Software Foundation to help shape the future of this creative industry.”

ftrack
“At ftrack we are firm believers in the open source model and its importance in the growth and advancement of software development in the movie-making industry,” said ftrack CEO Fredrik Limsäter. “As such, we’re very proud to join the Academy Software Foundation and play a part in its vital initiative. The visual effects industry is built on collaboration – we make several ftrack components and extensions free to use, share and modify, and actively encourage customization of ftrack via our API with this in mind. The more our users can benefit from inventive new approaches to production tracking, the better the projects they produce and the more the industry can thrive. We’re excited to align with the ASWF in this goal and work to support a better, stronger open source community for all.”

Red Hat
Chris Wright, vice president and chief technology officer at Red Hat, noted, “Open source technologies have been a source of innovation for the motion picture and broader media industry for many years, and Red Hat has been proud to collaborate with many of the leaders in this space to both enable their adoption of open source and to progress technologies in a way that has enabled this innovation. We're happy to join the Academy Software Foundation to expand this work and drive open standards that deliver sustainable interoperability.”