Iray for MAXON’s Cinema 4D now available in the NVIDIA web store free for 90 days, then $295 a year with a node-locked or floating license. 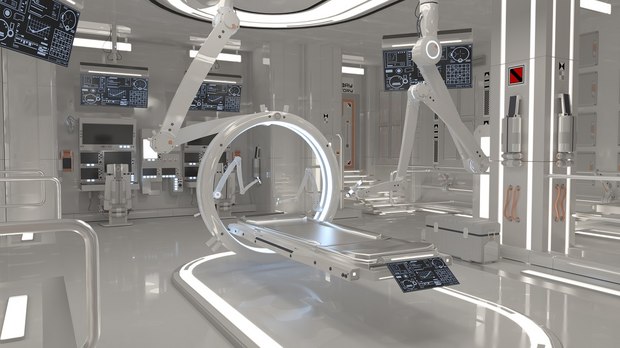 Physically-based rendering has taken photorealism to new levels of accuracy in digital design, and NVIDIA is now pushing it one step further. Iray for MAXON’s Cinema 4D is available, starting today, in the NVIDIA web store free for 90 days, then $295 a year with a node-locked or floating license.

Iray for Cinema 4D makes its first public appearance at the NAB show in Las Vegas, exclusively in MAXON’s booth SL9110. Tune in on Thursday, April 21, at 9:30 am for a livestream presentation by one of the first 3D designers to integrate Iray for Cinema 4D into his workflow. Or watch the recording on MAXON’s Cinema 4D site after NAB.

Over the past year, NVIDIA has brought Iray, thier physically based rendering solution, to millions of artists, animators and designers, helping them bring their creations to life faster and with more ease than ever.

NVIDIA’s suite of Iray plug-ins includes versions for leading 3D applications such as Autodesk’s 3ds Max and Maya. Iray for Cinema 4D gives 3D artists and designers the most scalable and intuitive rendering experience — from scene inception all the way through post-production. With its Live rendering feature, the plug-in provides immediate visual feedback when lighting and designing a scene, making the entire look-development process extremely interactive and intuitive.

With Iray, users can employ the physically plausible material options of the Cinema 4D material nodes and shaders, and even add their own material designs and procedural functions using NVIDIA Material Definition Language. Iray for Cinema 4D supports the NVIDIA vMaterials library, so artists can get started on day one with a verified set of physically based materials, as well as material exchange capabilities with other MDL-compatible applications. It also supports Iray Server, NVIDIA’s distributed rendering solution that harnesses a network of machines to speed up the rendering process and make light work of users’ largest images.

“So much of the work we do at Hawthorn uses light to transform the look of an event. Iray for Cinema 4D allows me to quickly and easily create various assets for the visuals knowing the texture’s and light will be consistent in the final render,” said Robert Whiting, CAD & 3D event designer at Hawthorn. “I often model custom furniture or sets, which is where Iray speeds up my workflow tremendously because I can see what they will look like live as I build them -- it’s just spectacular.”

NVIDIA technologies will power more than 85 partner booths on the NAB show floor, including those from Adobe, Autodesk, Blackmagic, Dell, GenArts, SGO, Vizrt and more.