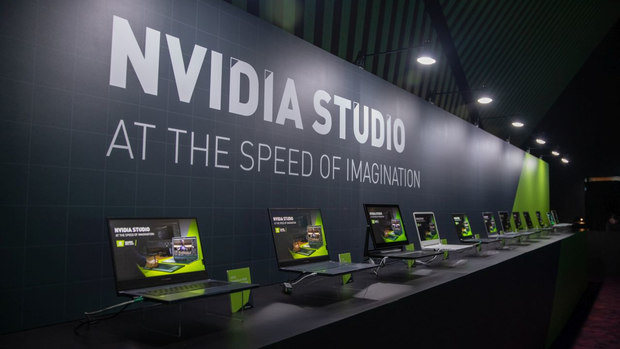 These new designs bring the number of RTX Studio models to 27 — including 17 that are now available. The extensive set of NVIDIA RTX features is being showcased this week at SIGGRAPH 2019, being held at the Los Angeles Convention Center. In addition to a number of  NVIDIA hardware partners, a large number of software vendors, including Adobe, Autodesk and Blackmagic Design, will be demonstrating how their products take advantage RTX’s capabilities during the course of the exhibition.

RTX Studio laptops and mobile workstations are part of the NVIDIA Studio platform, which combines RTX GPUs with the NVIDIA Studio Stack of specialized SDKs and dedicated Studio Drivers. The systems all meet the hardware and software requirements needed to receive the new RTX Studio badge, which lets creators easily identify the specially configured mobile systems.

NVIDIA also announced the availability of a new NVIDIA Studio Driver, which provides optimizations for popular creative apps, including OTOY Octane Render, Blender, Autodesk Arnold, Maxon Cinema 4D, Substance Painter by Adobe and Magix VEGAS Pro. The latest Studio Driver adds an often-requested feature – support for 30-bit color in OpenGL apps such as Adobe Photoshop and Premiere for all GPUs. With this feature, creators can work with their HDR photos and videos with full accuracy and without the banding typical of 24-bit color.

According to Jason Paul, general manager of GeForce software and technology at NVIDIA, “RTX Studio laptops and mobile workstations are moving rapidly to the center of the creative industries. They put real-time ray tracing, advanced AI and video editing in ultra-high resolution within easy reach of creators, delivering capabilities in a mobile form factor that once required an entire studio.”

RTX Studio systems feature GeForce RTX 2080, 2070 and 2060 GPUs, as well as Quadro RTX 5000, 4000 and 3000 GPUs. RTX GPUs accelerate content creation from video editing to 3D rendering, with performance up to 7x faster than that of the MacBook Pro. Quadro RTX 5000 GPU-based models include 16GB of graphics memory, the largest available in a mobile form factor, enabling advanced multi-app creative workflows and the use of large 3D models that are otherwise not possible on the go. Many of these laptops feature 4K precision displays and NVIDIA Max-Q technology, enabling incredible performance and longer battery life in thin-and-light designs.

Find out more by visiting the NVIDIA Studio website.