NVIDIA Demonstrates the Power of Pascal at SIGGRAPH 2016 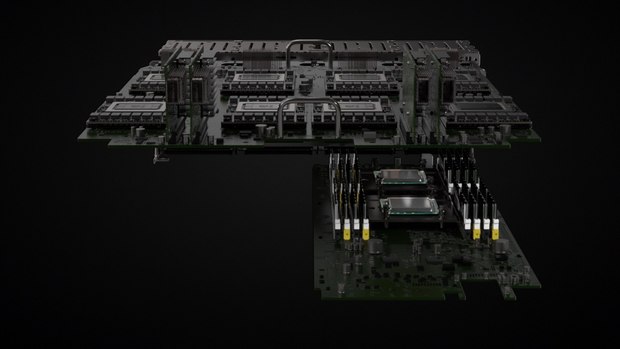 NVIDIA is bringing Pascal to this week’s SIGGRAPH conference -- the world’s largest event for computer graphics -- where the company is set to show what the power of its latest GPU architecture can do for artists, designers and animators.

“Often our artists are working with 50GB or higher datasets,” says Steve May, CTO at Pixar Animation Studios. “The ability to visualize scenes of this size interactively gives our artists the ability to make creative decisions more quickly. We’re looking forward to testing the limits of Pascal and expect the benefits to our workflows to be huge.”

The new NVIDIA Quadro P5000 offers double the memory and is up to 70 percent faster than its predecessor. NVIDIA’s new Pascal-based Quadro provides the GPU horsepower and tools to fluidly interact with the largest, most complex datasets, while seeing the most accurate visualizations of final products. And the new line of Pascal-based products are packed with technologies for VR.

Finally, the company’s entire NVIDIA Software Developers Kit is now enhanced for Pascal to let developers bring new levels of realism and performance to their applications.

See it at SIGGRAPH

Come to NVIDIA’s SIGGRAPH booth #509 to see a range of Pascal-based offerings that let users tap into the power of incredible 3D modeling performance and interactive ray tracing in their workflows and experience amazing levels of photorealism within VR environments.

Pixar content will be shown running on the DGX-1, fully ray traced with NVIDIA OptiX, at interactive speeds. DGX-1 makes this possible with NVLink technology, which allows the Tesla P100 GPU accelerators to access and combine each other’s memory to enable far larger scenes to run with GPU performance. No more memory swapping or cutting scenes down to fit.

The company will also preview Iray VR technology, which delivers highly immersive virtual reality experiences. Users be able to gain new perspective on their creations by seeing and interacting with them from differing vantage points -- all with the physical accuracy of Iray, NVIDIA’s physically based rendering technology which has proven indispensable for architects, designers and artists.

See a live demo of 4K videos being stitched in real-time with near imperceptible latency with NVIDIA’s VRWorks 360 Video SDK. And catch a sneak peek of the powerful NVIDIA Pascal-based Quadro GPU in a mobile form factor, built to help users tackle the most demanding rendering and VR workloads from any location.

The VRworks 360 Video SDK will be released publicly later this year. Register on the VRWorks developer page to get notified as soon as the 360 Video SDK is available for download.

Be sure to attend NVIDIA’s SIGGRAH talks, and follow the latest at the show at #SIGGRAPH2016.