All five nominees for best visual effects for the past 10 years have used the company’s Quadro GPUs to create their work. 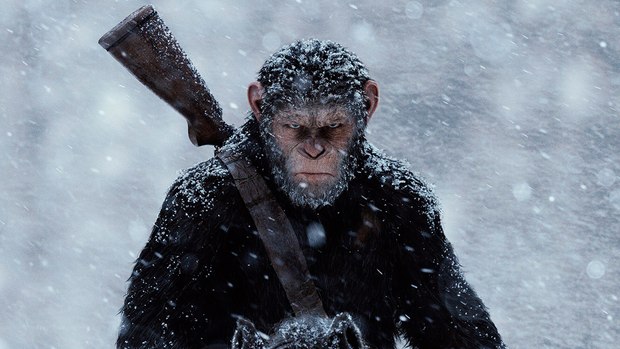 All five nominees for best visual effects at the 2018 Oscars -- among them 'War for the Planet of the Apes' -- were created using NVIDIA Quadro GPUs.

For the 10th consecutive year, every movie nominated for Best Visual Effects at the Academy Awards was created using NVIDIA Quadro GPUs.

War for the Planet of the Apes is the third chapter of the critically acclaimed blockbuster franchise. The VFX team focused on creating highly realistic interactions between the apes and their environments, from their hidden fortress to the Colonel’s prison.

“War for the Planet of the Apes was a leap forward for our animation,” said Daniel Barrett, animation supervisor at Weta Digital. “We are now working in real time with our animation puppets, even with dozens of characters and full-resolution facial rigs, which means our animators are right there in the moment with the characters. NVIDIA GPU technology helped us get there.”

This year, on February 10, the academy honored 34 recipients with Scientific and Technical Achievement awards. Among them was Joe Mancewicz, a senior software engineer at NVIDIA, who has contributed to multiple Oscar-winning films. This is his second Academy Award.

This year, Macewicz was honored, along with Matt Derksen of Rhythm & Hues and Hans Rijpkema of Autodesk, for the design, architecture and implementation of a construction kit rigging system for Rhythm & Hues, where Macewicz and Derksen worked previously.

“I’m honored the Academy has recognized my colleagues and my work at Rhythm & Hues to enable 15 years of improvements to production efficiency and animation quality,” Macewicz said. “At NVIDIA, I’m excited to be applying my experience to driving advancements in artificial intelligence across industries.”