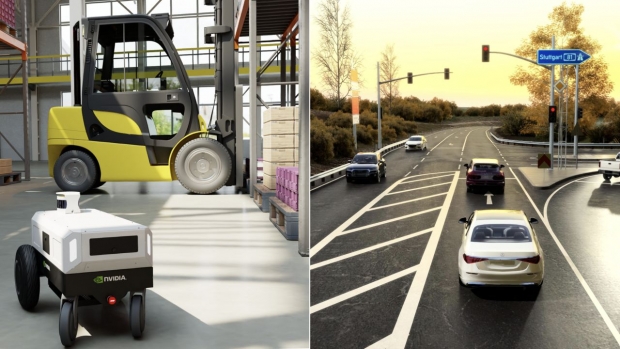 These two replicators allow developers to bootstrap AI models, fill real-world data gaps, and label the ground truth in ways humans cannot. Data generated in these virtual worlds can cover a broad range of diverse scenarios, including rare or dangerous conditions that can’t regularly or safely be experienced in the real world.

Autonomous Vehicles and robots built using this data can master skills across an array of virtual environments before applying them in the physical world.

“Omniverse Replicator allows us to create diverse, massive, accurate datasets to build high-quality, high- performing and safe datasets, which is essential for AI,” said Rev Lebaredian, vice president of simulation technology and Omniverse engineering at NVIDIA. “While we have built two domain-specific data-generation engines ourselves, we can imagine many companies building their own with Omniverse Replicator.”

Omniverse Replicator augments costly, laborious human-labeled real-world data, which can be error prone and incomplete, with the ability to create large and diverse physically accurate data tailored to the needs of AV and robotics developers. It also enables the generation of ground truth data that is difficult or impossible for humans to label, such as velocity, depth, occluded objects, adverse weather conditions or tracking the movement of objects across sensors.