NVIDIA SDK brings together all the essential elements for creating GPU-accelerated applications, with access to almost 100 different libraries and APIs as well debugging and profiling tools for Android, Windows and Linux. 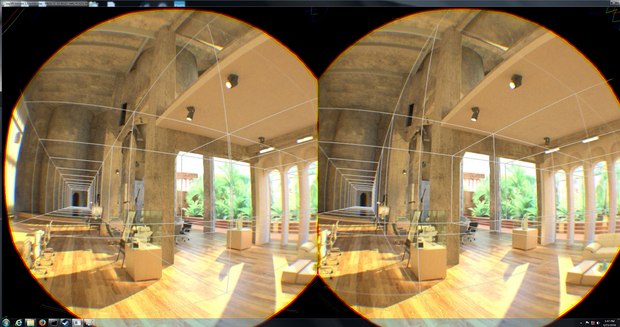 At SIGGRAPH 2016, NVIDIA has just announced a number of new SDKs and updates for NVIDIA DesignWorks and NVIDIA VRWorks that bring new capabilities for interactive ray-tracing, 360-degree video creation and physically based materials to the developer community.

These tools are all part of the NVIDIA SDK, which brings together all the essential elements for creating GPU-accelerated applications. Registered developers get access to almost 100 different libraries and APIs as well debugging and profiling tools for Android, Windows and Linux.

With the new 2016.2 release of the NVIDIA Iray SDK, NVIDA has made it easy to create VR scenes and panoramas right within Iray, the company’s physically based ray-tracing software. Just select a 360-degree camera from the list of camera choices and you can view your scene as a fully ray-traced VR experience with a single step.

NVIDIA has also taken its Materials Definition Language (MDL) and released it for the first time as an SDK available to all registered developers. MDL SDK allows you to quickly integrated physically based materials into a rendering application, which means users will have the ability to seamlessly exchange objects with correct materials between applications. NVIDIA Iray and mental ray renderers support MDL and companies such as Chaos Group, OTOY and Adobe have announced their support for MDL.

For developers who want to build their own ray tracing applications, NVIDIA has updated its OptiX ray tracing engine to include support for NVIDIA NVLink and Pascal GPUs including the powerful new DGX-1 appliance with eight high performance NVIDIA GPUs per node. This allows the visualization of scenes as large as 64GB in size -- never before possible using GPU rendering. OptiX is used in commercial applications such as Adobe After Effects, as well as in-house tools at studios like Pixar. With the release of the company’s new VRWorks 360 Video SDK, NVIDIA is bringing the worlds of live video and VR together. This new SDK allows VR developers and content creators to take video feeds from 4K camera rigs and stitch them into a single 360-degree video in real-time. The SDK performs GPU-accelerated decode, equalization, calibration, stitching, and encode of the video with both high quality and high performance.

Other updates to the NVIDIA SDK include: