Redrover goes nuts with Cirque du Soleil creators Monlove on live production of independent animated feature; ‘The Nut Job 2’ set for release in the U.S. on May 19, 2017. 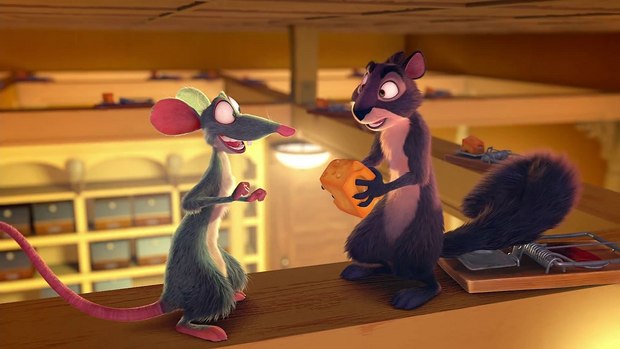 SEOUL, KOREA & MONTREAL, QC -- Redrover and Monlove announced the launch of The Nut Job Live!, an original live entertainment spectacular where the animation film sensation The Nut Job meets the creators of Cirque du Soleil. With more than $120.8 M worldwide at the box office, the first film of the series, The Nut Job was the biggest box office opening ever for an independent animated film. Global content creator Redrover made the announcement that it would be working with the performing arts production company Monlove to create The Nut Job Live!

Monlove is a global performing arts company founded by Ella Louise Allaire with Martin Lord Ferguson.  They have decades of experience in stage production, music composition, music production and a long-term relationship with Cirque du Soleil. Recently Monlove created the world-wide touring show using the characters of the hit Hollywood animation franchise, Ice Age Live! which has been running for more than three years.

The stage direction of The Nut Job Live! is scheduled to be led by Guy Caron, one of the founding members and first artistic director of Cirque du Soleil, with a World Tour to be coordinated through Barry Garber of Garber IMC, who has presented shows all over the globe for such artists as Celine Dion, Josh Groban, Cirque du Soleil and Aerosmith.

Monlove, brings the talents of global creators Ella Louise Allaire and Martin Lord Ferguson to the show. Allaire and Ferguson have written music for films, stage shows, and broadcasters worldwide, including the OST for Cirque du Soleil, over their 20-year career.

Monlove stated, “We anticipate a great performance, with a brand new story for the loveable characters from Redrover’s global animation, The Nut Job.”

The world tour is planned for up to 4 years in over 100 countries. With the tour will come DVD sales, t-shirts, character plushes and other additional merchandise to be sold on-site.

“We are excited that The Nut Job will be coming out of the screen and into arenas to meet with fans all over the world,” a Redrover representative added. “This is a bold new step for Redrover, and with the The Nut Job Live! being created together with the production team behind some of the greatest Cirque du Soleil productions, we feel that the quality and success of the show are already ensured. We believe Monlove will outdo even the already stellar performance of Ice Age Live!”

Martial arts superstar Jackie Chan will be joining the already stellar cast of The Nut Job 2, the second installment of the film series which is set to be released in the US on May 19, 2017. It will be distributed by Open Road Films. Chan will be joined by returning cast members Will Arnett, Katherine Heigl and Maya Rudolph, alongside newcomers Bobby Moynihan and Peter Stormare. The film will see Surly Squirrel (Arnett) take on the evil mayor of Oakton.