The 3D animated feature took in over $25.7 million for its North American debut, the biggest independent animated film opening of all time. 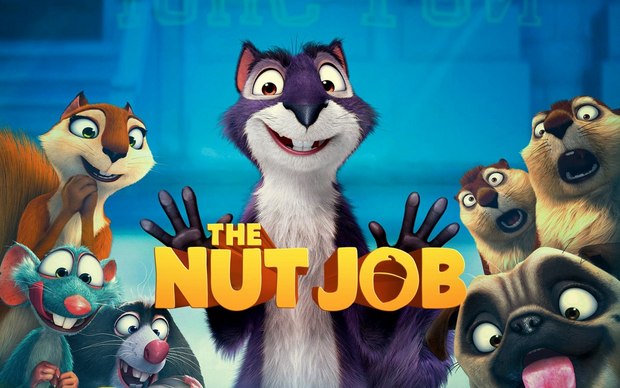 A collaboration of Redrover Co., Ltd., ToonBox Entertainment and Gulfstream Pictures, The Nut Job was directed by Peter Lepeniotis under a budget of $42.8 million, making it the most expensive animated film to be co-produced in South Korea.

The Nut Job follows Surly (voiced by Will Arnett), a mischievous squirrel, who must plan a heist to get into his town’s biggest nut shop in order to help his pals in the park gather food to survive the winter. Together with his sidekick Buddy, Surly assembles a ragtag crew to help him get inside -- and takes them on a fun-filled adventure that they’ll never forget. In addition to Arnett as Surly, The Nut Job also features the voices of Brendan Fraser, Liam Neeson, Katherine Heigl, Maya Rudolph, Stephen Lang, Jeff Dunham, Gabriel Iglesias and Sarah Gadon.

The 3D animated feature took in over $25.7 million for its North American debut in January, the biggest independent animated film opening of all time. A sequel was announced soon after, set to arrive in theaters January 15, 2016.

Ultimately taking in $64.3M domestically, The Nut Job went on to gross another $42.8M in overseas markets, with some international territories yet to open. (It was distributed internationally by The Weinstein Co.) The film did especially well in the U.K., France, Italy, Russia, Spain, South Korea, Mexico and Venezuela.