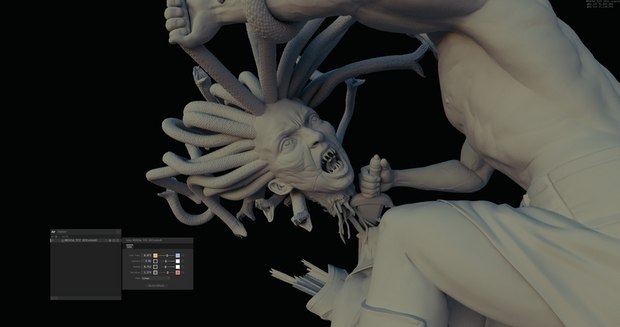 Atom View is a groundbreaking VR software designed to make virtual reality content creation faster, easier, and more realistic than ever before. Using Atom View, filmmakers, 3D artists and photographers can convert captured real-world scans into cinematic-quality VR scenes and objects, in a process much faster than existing VR workflows. Atom View is an agnostic standalone application able to accept captured and animated volumetric data sets from all leading volumetric cameras, offline graphics renderers, 360 lidar and more. Atom View efficiently converts this data to real-time VR content in just a few steps, whereas game engines require multiple rounds of optimization. Inside Atom View, users can edit, color, import, and prepare data for export in a streamable format that allows instant loading of data from disk or cloud locations. Due to its speed and efficiency, the Atom View data format is intended to become the JPEG/MPEG of VR, standardizing, simplifying and democratizing the medium.

Atom View is currently being developed and utilized on numerous VR films and commercials, including an upcoming Ridley Scott-produced Alien project directed by Director, David Karlak which is in early development, as well as a project by Tribeca Storyscapes’ award-winning Marshmallow Laser Feast artist collective with production by Red Pill VR.

Scott Metzger, Chief Technology Officer & Co-founder at Nurulize, commented: “When it comes to replicating reality in VR, and creating something that’s filled with detail, Atom View is the answer. It takes things above and beyond what VR content creators are currently limited to in terms of polycount and frame rate, in a fraction of the time. It’s the first step for a Photoshop or Final Cut Pro for virtual reality.”

Nu Design -- powered by Atom View -- is a virtual, customizable, freeform space, in which multiple users can collaboratively, assess, and mark up 3D environments. By combining the worlds of physical production and VFX in one VR space, directors, production heads, and producers can rapidly iterate and sketch out shots in a whole new approach to pre-production and pre-visualization.

Both Atom View and Nu Design are now in closed beta with a commercial release is planned for later this year. Augmented Reality-compatible versions are also currently in development.