Ntropic Brings Out the Color in Nicki Minaj's ‘Anaconda’ 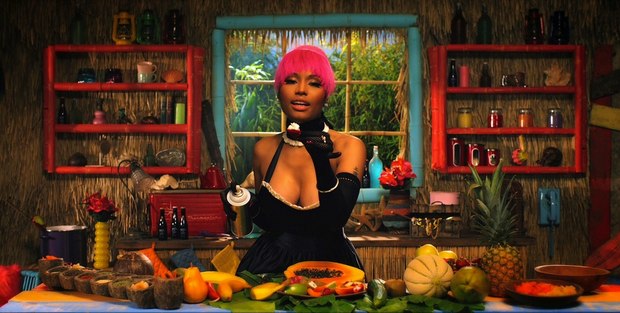 If you haven’t seen it, the clip features Minaj and a bevy of beauties seen in a range of tropical and high-fashion environments, surrounded by a rich color palette that set the stage for their provocative costumes and dance moves. The work included bringing out gorgeous skin tones, as well as expressive, colorful clothes and neons in alternating fashion scenes.

Durtschi’s technical approach to the video included doing the color grading in DaVinci Resolve, while working off of Dragon 6K R3D Raw files. For this video he started with the flat, Red Log Film gamma setting to strategically create a unique look from scratch, without the help of any LUTs.

"Working with Colin Tilley is always a fun and collaborative experience,” Durtschi says. “We've worked together a lot and as a company we've done dozens of projects with him. The whole production team was great and put in many hours of hard work on ‘Anaconda’. It's always a pleasure working with Joe Labisi's cinematography. And Alex Delgado's production design was insane, don't be fooled -- everything was shot on a stage."