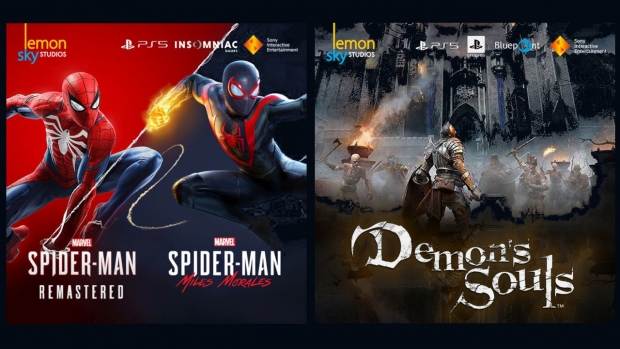 Demon’s Souls was produced by Bluepoint Studios and Sony Interactive Entertainment for the PS5, and is a faithful remake of the original game in terms of gameplay, while demonstrating the potential of Sony’s next generation hardware through its 4K resolution graphics and dynamic visual effects.

“It has been a great pleasure for us to work with Insomniac Games,” commented Lemon Sky Studios studio manager, Eng Tzy Ling. ”From our time spent working on the original Marvel’s Spider-Man for PS4, to working on the new Spider-Man games for the next console generation - the opportunity to contribute to these great titles means a lot to us and we’re proud to have been able to.”

“The release of the PS5 and its launch titles is a big moment for the gaming industry and gamers around the world, and I’m very proud and excited that our studio was able to be part of this moment,” added Lemon Sky Studios, CEO and co-founder Cheng-Fei Wong. “I would like to express my deepest appreciation to the team at Lemon Sky Studios for their dedication to these projects, and I would also like to give a big thank you to our clients: Sony Interactive Entertainment and Insomniac Games for trusting in us and giving us the opportunity to contribute to this moment for gamers everywhere to enjoy.”