Stop-motion animation director for campaigns for brands including Kellogg’s, HSBC, Cadbury, Samsung and Audi has worked on films such as ‘Fantastic Mr. Fox’ and ‘Corpse Bride.’ 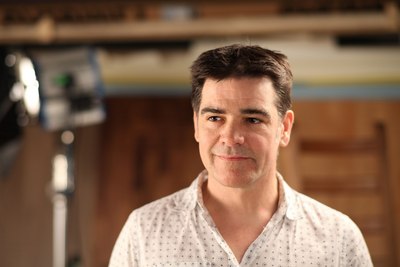 Film and animation production company Not To Scale announce the signing of stop-motion director Anthony Farquhar-Smith. This exciting addition to the company’s roster will see Farquhar-Smith’s work represented worldwide, working across all three studios in London, New York and Amsterdam.

Farquhar-Smith is known for his innovative storytelling and unique animation style, with wide-ranging skills and experience in the world of stop motion. Equally comfortable working with feature film directors like Wes Anderson on Fantastic Mr. Fox and Tim Burton on Corpse Bride, or directing TV commercials in the U.K. and internationally, Farquhar-Smith’s expertise shines through with his ability to bring inanimate objects to life and give them personality and feeling.

Before joining Not To Scale, Farquhar-Smith as a director created a range of work for clients such as Kellogg’s, HSBC, Cadbury, Samsung and Audi. A two-year stint working in the industry in Los Angeles also led to commercials for Barbie, Intel, Xbox and Alamo. Anthony’s short film Stick Out won best experimental film at SoDak Animation Festival 2013 and was a finalist in Virgin Media Shorts the same year, while he currently has another short film in production called Drawer. He also lectures at several animation courses around the country.

“We’ve been looking for a stop frame Director of Anthony’s experience and caliber for some time,” commented Dan O’Rourke, Founder and Chief Executive Producer of Not to Scale. “We were delighted to meet him and sign him onto our roster and even more delighted to get him working with St Luke’s and Very in his first week.”

With an eye for shining a new light on otherwise ordinary inert objects and situations, Farquhar-Smith’s work often contains unexpected elements of humor and surprising, original twists. The ability to push each script to its full potential and a perfect sense of timing ensure that each project Anthony turns his hand to both delights the viewer and adds depth to any brand’s identity.

“I was attracted to Not To Scale by its strong work, great reputation and the fact they offered me a script as soon as I walked through the door,” says Farquhar-Smith of the partnership with the production studio.