Not To Scale and BBH Partner on Domestic Violence Campaign 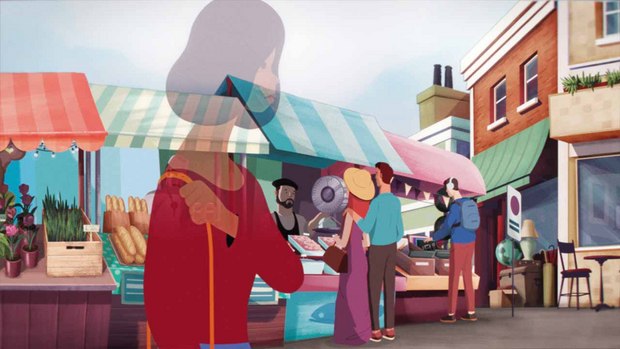 International production company Not To Scale launched a domestic violence campaign for British charity Refuge with directors Ralph Karam, Gustavo Karam and Juan Manuel Freire (who call themselves “Le Cube”), and agency BBH London. All of the parties helped fund the short film, which is set to British signer Frances’ popular single “Grow.” The film seeks to raise awareness of domestic violence and let young women know they are not alone. The film will enable Refuge to let young women know they’re not alone, without any media spend.

The film follows the daily routine of an increasingly “invisible” young woman, Melanie, who is experiencing domestic violence behind closed doors and who feels that no one is there to support her, or can even see her. As the film progresses an increasingly isolated Melanie encounters a character representing Refuge, who recognizes and understands what she is going through and supports her to escape the abuse, regain her identity and rebuild her life. Helmed by creative director Ralph Karam, the film relies on a unique production technique in both 2D and stop-frame animation. The backgrounds and background characters were printed out and tracked past camera in cycles over a 10-day shoot while the main characters of Melanie, Refuge and Frances were animated in 2D at both Not To Scale and Le Cube studios. The technique emphasizes the vicious cycle Melanie faces and highlights her increasing level of isolation and invisibility while reliving the same cycle over and over again. When she encounters the character representing Refuge, the tone changes and immediately Melanie regains her color and vibrancy as she is given the support to break this cycle and rebuild her life. The female character is based on Melanie Clarke, a real-life Refuge client who benefited from the charity’s support following more than decade of physical and psychological abuse at the hands of her ex-partner, whom she met when she was 14.

The directors wanted to create a visually stunning and evocative film that sensitively visualizes both Melanie’s narrative and that of Frances’ track, “Grow.” The environment, weather, colors and people of London were meticulously researched and considered throughout, with an architect drawing models of each shopfront to truly capture the personality of the city.

“It was immediately apparent once we saw the rough script from BBH London, coupled with Frances’ powerful music that we had found a very special project, worthy of Not To Scale’s full backing and devotion,” says Not To Scale founder and EP Dan O’Rourke. “Animation was the perfect medium to tell such a delicate story and Le Cube struck upon an ingenious production technique that through its own cyclical device, struck a symbolic similarity with the cyclical pattern of abuse so many victims of domestic violence suffer and in so doing have created a film that is impossible to watch through, without feeling both sympathy and empathy for our main character.”