Not To Scale Adds Colin Hesterly to Directorial Roster 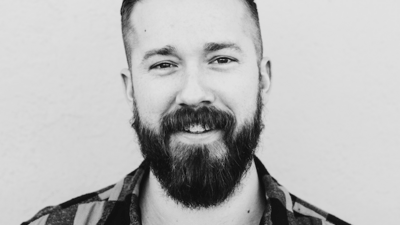 New York, NY -- Production studio Not To Scale announced the addition of animator and director Colin Hesterly to their team. Based in Denver, Collin is an experienced and talented animated content writer and director. In 2014, Colin was given the Young Gun title by the Art Directors Club, which confirmed his place as a rising star in the animation world.

"We are really excited to have Colin join the Not To Scale team. He is a rising star in the industry. And, his style and expertise in animation and storytelling will bring great depth to our studio,” says Executive Producer, Santino Sladavic.

Colin, inspired by a sense of wonder comes to Not To Scale with five years of experience of putting life and motion into his pieces. He studied printmaking at Colorado University and got hooked to animation after completing a month of coursework. His work, ‘The Mighty T,’ ‘Hammer & Hand,’ and ‘When I Grow Up’ have been honored as Vimeo Staff Picks and he served as a presenter at the 2011 Apple Distinguished Educators Conference. He worked on the 2011 Oscars title sequence and had a hand in rebranding the E! Channel, he has also developed content for companies like Disney, Nickelodeon, and Paramount Pictures. Colin is an avid lover of doughnuts, films, vinyl records, and epic facial hair.