SIGGRAPH 2014 announces the selection of Elliot Kotek, co-founder of Not Impossible Labs, as the keynote speaker at SIGGRAPH 2014, the 41st International Conference and Exhibition on Computer Graphics and Interactive Techniques, 10-14 August 2014 at the Vancouver Convention Centre. 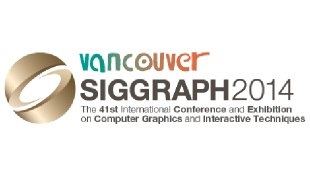 SIGGRAPH 2014 has announced the selection of Elliot Kotek, co-founder of Not Impossible Labs, as the keynote speaker at SIGGRAPH 2014, the 41st International Conference and Exhibition on Computer Graphics and Interactive Techniques, 10-14 August 2014 at the Vancouver Convention Centre. "Elliot Kotek is an ideal keynote speaker for SIGGRAPH 2014," said Dave Shreiner, SIGGRAPH 2014 Conference Chair. “The motto of Not Impossible Labs, 'technology for the sake of humanity', is the perfect example that the SIGGRAPH community strives for in making a meaningful impact on society with their work. Not Impossible Labs' projects serve as inspiration to the thousands of researchers, artists, educators, and computer graphics professionals that gather at SIGGRAPH each year.

By utilizing crowd-sourcing to crowd-solve healthcare issues, Not Impossible aims to provide low-cost and DIY solutions on an open-source platform, and to enable high-tech devices to reach people in need all over the world. Utilizing the content production strength of its founders, Not Impossible is disrupting the status quo of healthcare via compelling stories in which the one person helped inspires many to action. Not Impossible creates a sustainable cycle where collaboration inspires innovation, and where content compels further action.

Not Impossible projects include:

A former M&A/Biotech Venture Capital attorney in Australia and New York, Kotek holds a Law Degree, a BS in Pharmacology & Toxicology, studied at The Lee Strasberg Theatre Institute and completed UCLA’s Professional Program in Screenwriting. He’s become a recognizable figure in taking stories based in the sphere of science and technology, and ensuring that they are not only accessible, but that they serve to inspire.

The feature documentary 140, which Kotek co-produced, is the first ever user-generated film made utilizing social media. Little Larry, which Elliot wrote, received a Directors Guild of Canada nomination, and his current productions include the documentaries Queen Mimi with Zach Galifianakis and The People Sign, which highlights the work of music interpreters for the hearing impaired.