Experimental 1979 music video by John Lamb and Bruce Lyon, ‘Tom Waits For No One,’ will debut for the first time in more than 35 years at Animation Volda, September 22-25 in Norway. 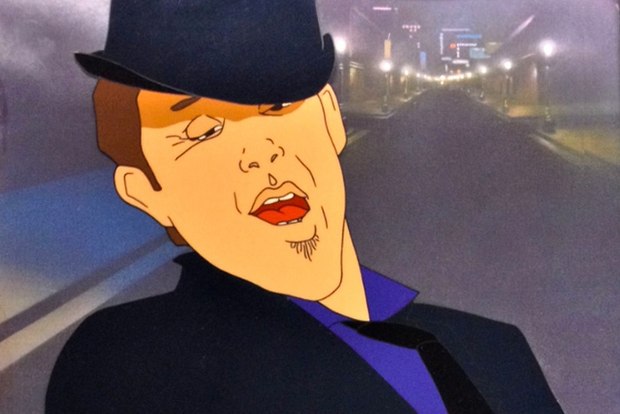 Released two years before MTV’s debut, Tom Waits For No One was among the first American animated music videos. Created by John Lamb and Bruce Lyon to demonstrate the ground-breaking capabilities of their new invention, the Lyon-Lamb Video Animation System (VAS), Lamb chose an eclectic Los Angeles musician as the subject: Tom Waits. In 1980, Lamb won an Academy Award for Scientific and Technical Achievement for the Lyon-Lamb VAS. The pioneering music video, however, slipped into obscurity.

With a Kickstarter in 2015, Lamb resurrected the music video and published Tom Waits For No One: The Illustrated Scrapbook, a collection of original drawings, cels, photographs and storyboards. The book tells of the film’s unusual genesis, which includes seeing Tom Waits live at the Roxy in 1977, a fateful encounter with animator Ralph Bakshi, and going to many concerts in the early Los Angeles punk scene. Through these stories, the book draws a unique picture of the dramatically changing animation world and music landscape of Los Angeles. Every page of the narrative is illustrated with beautiful hand drawn elements from the film, historic concert posters, actual concert ticket stubs from the local shows and rare interviews with Tom Waits.

The film will be featured at Animation Volda’s 10th Anniversary festival on September 22-25, 2016. A gallery opening for Tom Waits For No One will focus on the art of the animated music video, and will include cels and artwork from Peter Gabriel’s Sledgehammer, a-ha’s Take On Me, U2’s Hold Me, Thrill Me, Kiss Me, Kill Me and Motorpsycho’s Manmower. Peter Lord from Aardman Animations, maker of Sledgehammer, will offer the opening remarks for the festival.