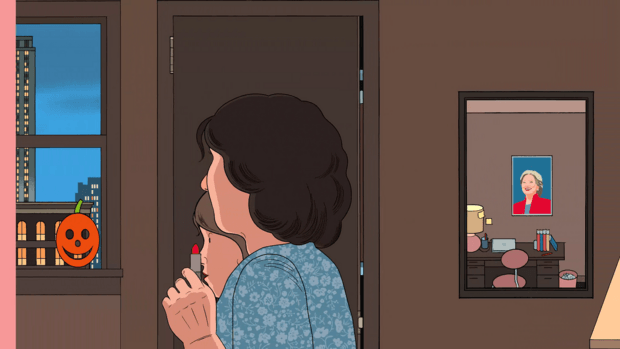 ‘Mirror’ by Chris Ware selected to screen on Opening Night of HAFF 2016.

The official opening program of the Holland Animation Film Festival (HAFF), the largest animation festival in the Netherlands, has been announced. Out of the 450 films HAFF has selected to screen at the 2016 edition of the festival, nine short films will be shown on opening night, including the surprising puppet animation and BAFTA winner Edmond, from Dutch director Nina Gantz, and the world premieres of Before Love by Igor Kovalyov (RU) and Ticking Away by Michael Sewnarain (NL).

The opening of HAFF 2016 will take place on Wednesday, March 16 at the new cinema CineMec Utrecht “de Sterrenkijker" in Leidsche Rijn Centre. For the first time, this year the opening of the HAFF is also open to the public.

“Specially for the opening, we have made a selection from the festival offerings for our audience,” said HAFF director Gerben Schermer. “We are proud that many filmmakers are present at the official opening. It promises to be a dazzling evening with world premieres, award-winning directors and award winning films.”

The opening of the Holland Animation Film Festival will take place on Wednesday March 16th 2016 at 8:30 pm in CineMec Utrecht “de Sterrenkijker" in Leidsche Rijn Centre. Tickets for the opening costs €12.50 (including a drink). Tickets are available through CineMec, www.cinemec.nl (visitors must select Location Utrecht). Ticket sales for the Holland Animation Film Festival start March 3 and will also be available at www.haff.nl.