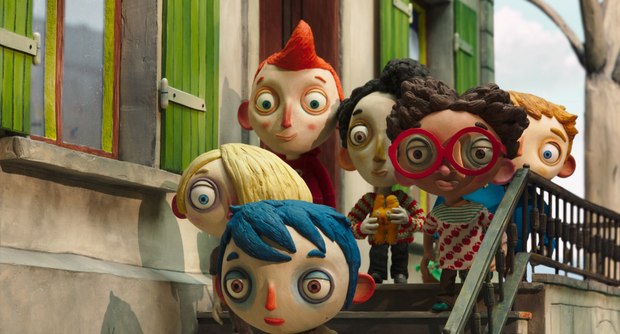 ‘My Life as a Courgette’ directed by Claude Barras.

Among the 11 animated features screening out of competition are Barajoun Entertainment’s Bilal, the first full-length animated feature to come out of Dubai; China’s CG fantasy film, Monkey King: Hero is Back, directed by Tian Xiaopeng; and Cartoon Network’s Regular Show: The Movie, directed by JG Quintel.

Other highlights of this year’s edition of the long-running festival include a screening of the long-awaited The Red Turtle with director Michaël Dudok de Wit; a special preview of Disney’s forthcoming animated feature, Moana, and the accompanying short film Inner Workings; the premiere of Illumination Entertainment’s Secret Life of Pets; a screening of Pixar’s Finding Dory with directors John Musker and Ron Clements alongside the world premiere of new Pixar short Piper directed by Alan Barillaro; a masterclass delivered by Guillermo del Toro, who will unveil unseen footage from his forthcoming Trollhunters; a screening of the 4K restoration of Eiichi Yamamoto’s Belladonna of Sadness; and, for the first time, a special focus on the animation of France. There will also be several work-in-progress sessions, including a presentation of Cartoon Network series Samurai Jack, and director Benjamin Renner’s The Big Bad Fox.

The full list of official selections screening in and outside of competition is shown below:

FEATURE FILMS OUT OF COMPETITION

The Anthem of the Heart
Tatsuyuki Nagai, Shunsuke Saito
Japan