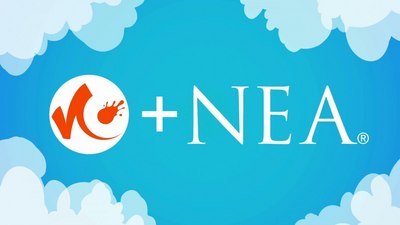 MOUNTAIN VIEW, CA -- Nimble Collective, a wildly creative startup led by Academy Award-winning animators and technology entrepreneurs, announced that it has closed an $8.5 million round of funding led by New Enterprise Associates. With this investment, Nimble Collective plans to revolutionize the $90 billion animation content market by developing the industry’s first cloud-based, end-to-end platform and the world’s largest online animation community, targeting an estimated 10 million professional and aspiring animators around the globe.

The company also announced the appointment of NEA venture partner Greg Papadopoulos to its board alongside three high-profile advisors from the animated film industry: Mark Walsh, Eric Darnell and Peter Ramsey, whose collective credits include directing, writing and animating blockbuster movies such as Rise of the Guardians, Toy Story 2, Madagascar 1, 2 & 3, and Monsters, Inc., among others.

“The animation content market generates $90 billion annually, yet millions of talented animators simply do not have access to the expensive studio-quality technology tools and big budgets currently required to bring high-quality creative projects to fruition,” said Michael Howse, co-founder and investor of Nimble Collective. “Nimble will change that by democratizing the market with the world’s first collaborative, cloud-based platform for generating content that animators can distribute and profit from in exciting new ways.”

“Nimble is delivering studio caliber tools and collaboration capabilities -- all in the cloud -- that free-up animators to do what they do best -- create,” added Nimble co-founder and CCO Rex Grignon. “Our goal is to enable a new generation of creatives to create, collaborate and prosper by building their own unique, modern content to reach huge audiences.”

Nimble Collective is developing a seamless and powerful cloud platform that lets animators more easily collaborate, develop and distribute their creative content. With all production capabilities hosted in a secure cloud environment, animators will spend more time creating instead of worrying about the endless hassles of managing complex, costly infrastructure. Utilizing an “all cloud” service that leverages the latest in high performance cloud-based graphics systems, the company is able to provide a full animation workspace streamed to anywhere an artist chooses to work. The Nimble Collective platform is slated for availability to select partners in the second half of 2016.

“Nimble is on the verge of creating a tectonic shift in the marketplace with an innovative platform that will disrupt the status quo of animation content creation,” stated Greg Papadopoulos, venture partner at NEA. “Created by world-class animators, the Nimble platform opens up an unprecedented level of new opportunities for the 10+ million professional and aspiring animators around the world.”

Nimble Collective is the brainchild of world-renowned animators, groundbreaking technologists and proven startup entrepreneurs. Co-founder and CCO Rex Grignon was most recently the founding head of character animation at DreamWorks Animation, where he oversaw all character animation for blockbuster films, including Madagascar 1, 2 and 3, Antz, and Shrek. These films have generated in excess of $4 billion in box-office and ancillary revenue. Noted entrepreneur Michael Howse formulated the business, defined the company, forged Nimble’s early strategic partnerships and secured the venture capital funding. Previously, he was integral to the tremendous growth of the consumer 3D category at several companies, including 3dfx Interactive (now Nvidia) and most recently led Bigfoot Networks through its acquisition by Qualcomm in 2012.