Mark Hamill to guest star as the villainous Kavaxas in season 5 premiere episode. 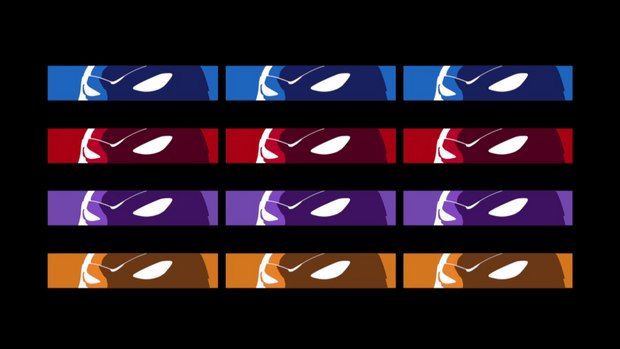 BURBANK, CA -- Leonardo, Raphael, Donatello and Michelangelo return in Nickelodeon’s season five anthology series, Tales of the Teenage Mutant Ninja Turtles, on Sunday, March 19, at 9:00 a.m. (ET/PT), which follows the Turtles through a variety of action-packed and bizarre adventures that have never been seen before. Produced at Nickelodeon in Burbank, premieres from the new 20-episode season will continue to air Sunday’s at 9:00 a.m. (ET/PT) on Nickelodeon.

Tales of the Teenage Mutant Ninja Turtles captures seven distinct stories from the hero brothers’ past and future, including their early days in New York City, encounters with villains and friends, and a peek into their distant, but wild future. Throughout the season, fans can expect to see both new and familiar friends and foes as each tale unfolds.

In the premiere episode, “Scroll of the Demodragon,” Mark Hamill (Star Wars) guest stars as Kavaxas, a hotheaded dragon man with mystical powers, who partners with some of the Turtles’ worst foes to bring chaos to New York City. In the episode, the Turtles believe they have defeated their old enemies, but they soon discover a new evil is rising. Hamill lends his voice as the villainous Kavaxas during the next three premiere episodes.

Additional season five guest stars include: Chris Sarandon (The Princess Bride) as Count Vlad Dracula, the lord of the vampires; Graham McTavish (The Hobbit trilogy) as Savanti Romero, an evil time master from the future; Dana DeLorenzo (Ash vs. Evil Dead) as Esmeralda, a kind and weary Romanian traveler with an expert knowledge of monsters; Cary-Hiroyuki Tagawa (Revenge) as Sumo Kuma, a fierce and cunning Samurai commander; and Nyambi Nyambi (Mike & Molly) as Verminator Rex, the vicious leader of a gang.