Nick readies new shows and specials, including an animated series based on live-action hit ‘Henry Danger,’ reimagined animated ‘Teenage Mutant Ninja Turtles’ series, and Paramount Pictures animated feature ‘Amusement Park,’ which will be followed by a Nickelodeon-produced TV series the next year. 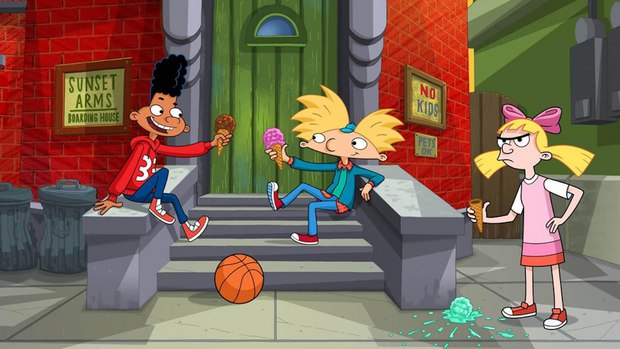 NEW YORK -- Nickelodeon heads into the new season with a content pipeline for every genre kids love, filled with almost 700 episodes of new and returning series across its platforms in preschool, animation and live action; TV movies and tent-pole events; and real-world experiences that will grow the brand further beyond television. Guided by the audience in everything it does, Nickelodeon uses its research insights to create the most relevant and authentic content for kids, resulting in the network’s top-rated status and ownership of the top shows with Kids 2-11, Kids 6-11 and Kids 2-5. Details of Nick’s content pipeline and its plans to expand its footprint past its own screens were outlined last week at the network’s annual upfront presentation, held at New York City’s Jazz at Lincoln Center.

“Today’s kids are coming of age in a revolutionary period of change, in tech, entertainment, politics and culture, and these factors have definitely influenced how they see the world,” said Cyma Zarghami, President, Nickelodeon Group. “It’s our job to understand everything we can about kids, and connect our audience to relevant content and characters that speak to their need for authenticity and diversity–both on our screens and beyond through on-the-ground experiences.”

Key insights powering Nickelodeon’s content pipeline include data from its recent, nationally representative study, “The Story of Me.” Sample of the findings featured in last week’s presentation include:

In response to what it has learned from today’s kids, Nickelodeon has developed content that is relevant and authentic to their lives today. For example, kids’ love of family is reflected in shows like The Loud House and The Thundermans; their interest in being their own boss is in the premise of shows like Game Shakers; and diversity is woven throughout all quarters of Nickelodeon–from Nella the Princess Knight, to Shimmer and Shine, to the network’s ongoing legacy of strong female leads.

During the upfront presentation, Zarghami previewed the network’s content pipeline, offering a close look at a selection of upcoming projects that underscore Nick’s overall programming strategy, including: an animated series based on the top-ranked live-action hit Henry Danger, starring Jace Norman; a brand-new, reimagined animated Teenage Mutant Ninja Turtles series, titled Rise of the Teenage Mutant Ninja Turtles; Lip Sync Battle Shorties, a spinoff of Spike’s global phenomenon Lip Sync Battle; more Kuu Kuu Harajuku from music and TV superstar Gwen Stefani; a TV special and consumer products line based on performer, actress and social media influencer, JoJo Siwa; and the first look at Amusement Park, Paramount Pictures’ animated feature set for release in 2018, which will be followed by a Nickelodeon-produced TV series the next year. The presentation was capped with a performance by multi-platinum recording artist Pitbull.

As Nickelodeon marks three years and counting as the number-one kids’ network in every demo, its pipeline of content in every genre includes:

Nickelodeon is the number-one network for preschoolers year to date, a leading position it has held for the last three years. As it did in 2016, Nick currently owns six of the top 10 shows for Kids 2-5 this year, led by number-one-ranked PAW Patrol.

This season, the network will premiere almost 200 new episodes of returning hit shows PAW Patrol, Blaze and the Monster Machines, Shimmer and Shine, Mutt & Stuff, and the just-launched Nella the Princess Knight, and the following new series:

This season, the network will air almost close to 200 episodes of returning animated hits like SpongeBob SquarePants, The Loud House and ALVINNN!!! and The Chipmunks, and new shows:

In live action, the network will roll out almost 300 brand-new episodes of Henry Danger, Game Shakers, The Thundermans, School of Rock, Nicky, Ricky, Dicky & Dawn and new shows, including:

Nickelodeon will give kids more of what they love from the net’s content pipeline and across the worlds of entertainment, sports, celebrities and pop culture, with TV movies and tent poles including: