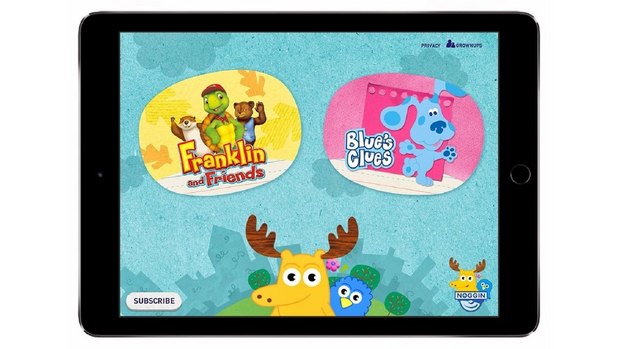 NEW YORK -- Nickelodeon, at its annual upfront presentation held on Wednesday at the Skylight at Moynihan Station, outlined the power of its unmatched, 10-screen ecosystem to deliver the biggest and most engaged audience of kids and families, and announced numerous key initiatives from its content pipeline. The new series and development projects underscore Nick’s commitment to fresh and innovative formats, from a wide range of creative sources and voices.

Announcements at the presentation included: Noggin, a mobile subscription service for preschoolers; numerous new content innovations; a sneak peek at a potential SpongeBob SquarePants Broadway musical; future spinoff possibilities for the wildly successful Teenage Mutant Ninja Turtles franchise; and Nickelodeon Sports, which brings content from the major sports leagues to Nick’s platforms. Nickelodeon also detailed the suite of its partner services that provides consumer insights, advertising solutions and branded-entertainment opportunities, now formalized under the banner of Nickelodeon Inside Out Solutions.

The presentation was augmented by an appearance from Will Arnett -- star of Paramount Pictures’ global theatrical hit, Teenage Mutant Ninja Turtles, and the forthcoming sequel set for 2016; a performance of a song from the SpongeBob SquarePants musical, currently being developed for a potential Broadway debut; and a closing set of songs by pop hit-makers Echosmith.

“The proliferation of platforms and massive amounts of new content are having an unprecedented impact on entertainment, and we are using these opportunities to super-serve our audience with fresh content, new formats and innovative storytelling,” said Cyma Zarghami, President, Viacom Kids and Family Group. “We remain laser-focused on using all of the screens and tools in our ecosystem to deliver the biggest audience of kids and families, and creating hits and building franchises that thrill our audience and deliver unrivaled reach.”

Nickelodeon highlighted a selection of content drawn from its pipeline, with each project showcasing the network’s commitment to reinvent genres and introduce new formats and ideas to its audience.

“We remain focused on developing breakthrough content that is more fresh and innovative than anything else available anywhere,” said Russell Hicks, President, Content Development and Production, Nickelodeon. “Our new slate builds on a strong foundation of recent launches that is connecting with this new generation of kids.”

Nickelodeon also announced that it will air more than 600 episodes of new series and returning hits for the 2015-16 season:

In addition to outlining its upcoming development slate, Nickelodeon also highlighted a range of other initiatives, including: the launch of Noggin; and opportunities with sport content, through Nickelodeon Sports:

Nickelodeon, now in its 35th year, is the number-one entertainment brand for kids. It has built a diverse, global business by putting kids first in everything it does. The company includes television programming and production in the United States and around the world, plus consumer products, online, recreation, books and feature films. Nickelodeon's U.S. television network is seen in almost 100 million households and has been the number-one-rated basic cable network for 20 consecutive years. For more information or artwork, visit www.nickpress.com. Nickelodeon and all related titles, characters and logos are trademarks of Viacom Inc.