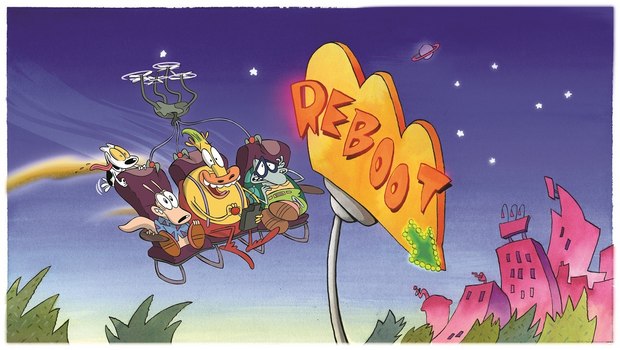 The panelists discussed the beloved classic series, what to expect from the upcoming TV special and revealed exclusive new art and a behind-the-scenes look at the special.

Rocko’s Modern Life: Static Cling brings the characters back to Earth after being lost in outer space since 1996. Rocko has trouble accepting this 21st century modern life, while Heffer and Filburt embrace every aspect of new technology, social media and the endless diversity of food trucks.  Rocko whole-heartedly believes that his nostalgia for the past can save him from the tortures of the modern world. The TV special is slated to premiere on Nickelodeon in 2018.

Originally airing from 1993-1996, the animated series Rocko’s Modern Life follows the adventures of an Australian wallaby named Rocko and his two companions, Heffer and Filburt, through their adventures in their home of O-Town.