New Episodes of ‘Teenage Mutant Ninja Turtles,’ ‘ALVINNN!!! and The Chipmunks’ and ‘Miraculous: Tales of Ladybug and Cat Noir’ premiere throughout August. 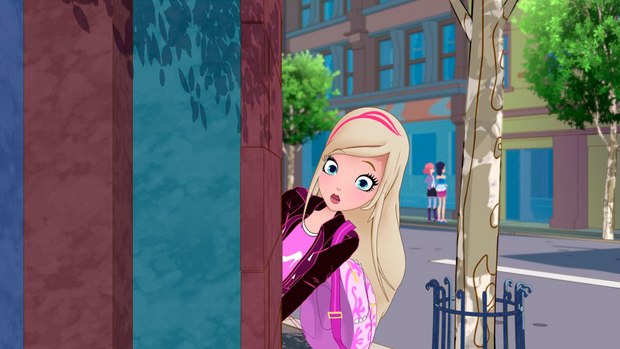 Nickelodeon is celebrating the entire month of August with all-new animation premieres, including the series debut of Regal Academy on Saturday, August 13, at 8:00 a.m. (ET/PT). This brand-new comedy and music-centric series brings the classic fairy tale characters into the modern world as it follows the adventures of Rose Cinderella. Premieres of Regal Academy will air regularly on Saturdays at 8:00 a.m. on Nickelodeon.

In the series premiere, “A School for Fairy Tales,” Rose is an average teenage girl who’s obsessed with fairy tales. When she falls into the Fairy Tale Land and begins her adventure at her new school Regal Academy, she discovers something even greater – her own magical family legacy! Could Rose be the granddaughter of Cinderella?

Teenage Mutant Ninja Turtles – The adventures of the Heroes in a Half-Shell continue with the premiere of “City at War” on Sunday, Aug. 14, at 11:00 a.m. (ET/PT). In the episode, when April graduates to full Kunoichi, she faces a deadly new enemy. Meanwhile, the Turtles face the return of some old, dangerous foes. Premieres air Sundays at 11:00 a.m. (ET/PT) on Nickelodeon.

ALVINNN!!! and The Chipmunks – Alvin, Simon, Theodore, and The Chipettes are back with brand-new CG-animated episodes every Monday - Thursday at 5:30 p.m. (ET/PT) through Aug. 25.