Nickelodeon’s ‘Breadwinners’ Rises to Number One

Nickelodeon continues its ratings winning streak with it’s latest original animated comedy, Breadwinner, becoming the top-rated show for kids between the ages of 2 and 11 in its fourth week on air. 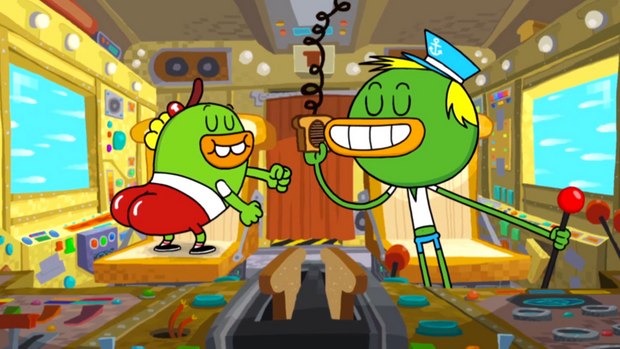 Breadwinners, the latest original animated comedy from Nickelodeon’s Burbank studio, has risen to the top-rated show for kids 2-11 in only its 4th week on the air. Overall, Nickelodeon continued its winning ratings streak this past week as Breadwinners, combined with Sanjay and Craig and SpongeBob SquarePants, helped the net score a clean sweep with kids 2-11 and total viewers.  Nick’s performance marks 10 straight weeks at number one this year.

The network’s weekly win was driven by solid performances from its stable of hits across animation, live action and preschool.  The latest addition to the net’s animation roster, Breadwinners, was the week’s top program with K2-11 across all TV, averaging a 5.3/1.7M K2-11 and posting double-digit year-over-year gains (+26%). It was followed by Sanjay and Craig, which averaged a 5.2/1.7M K2-11, and then SpongeBob SquarePants in third, averaging a 5.1/1.6M K2-11.  Breadwinners, which just launched February 17, also ranked as the top animated program for the week with K6-11, averaging a 5.3/1.0M (+33% versus year ago).