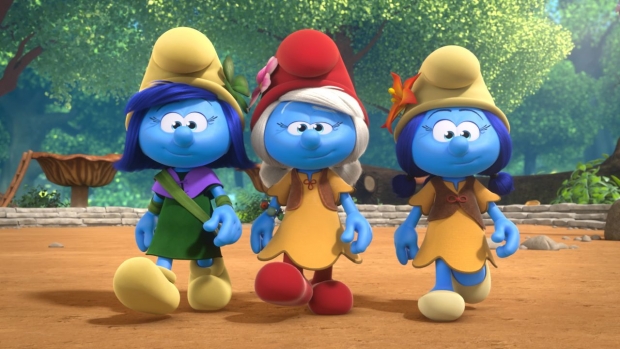 The Smurfs are making their Nickelodeon debut in an all-new series premiering Friday, September 10, at 7:30 p.m. (ET/PT). Adding to the excitement is the reveal of an official teaser trailer for the CG-animated series, which follows the beloved characters embarking on a new set of adventures. New episodes will continue to rollout Friday nights on Nickelodeon and debut internationally in the fall. The announcement was made by Nickelodeon, LAFIG Belgium and IMPS, the worldwide licensors for property.

For the first time in nearly 40 years fans will see Papa Smurf, Smurfette, Brainy, Hefty, Clumsy and the other inhabitants of Smurf Village return to television with a brand-new original series. The action-packed adventures will be filled with humor, heart, and high-stakes action.

In the premiere episode, “Smurf-Fu,” when Smurfette rescues Brainy from a giant snake, the other Smurfs ask her to teach them “Smurf-Fu.” Next up, “Diaper Daddy,” when everyone is tired of changing Baby’s diapers, Handy decides to invent a robot that will do the job.