Nickelodeon Studios will produce two original animated movies for Netflix based on ‘The Loud House’ and ‘Rise of the Teenage Mutant Ninja Turtles.’ 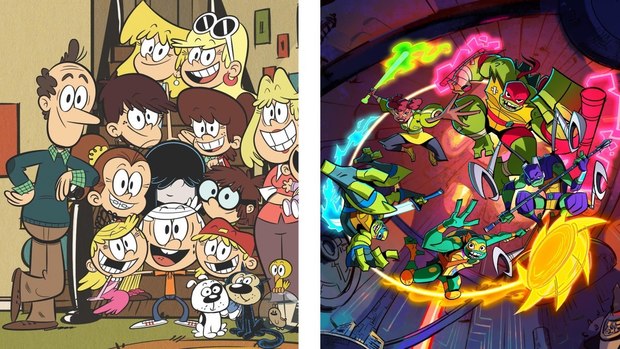 Nickelodeon Studios will produce two original animated movies for Netflix based on The Loud House and Rise of the Teenage Mutant Ninja Turtles, according to a report by Variety.

The news was announced on Tuesday during an investor earnings call by Viacom CEO Bob Bakish, who described the deal as part of the company’s broader efforts to leverage Nickelodeon’s IP to continue to produce new content for digital and linear platforms.

Nickelodeon Studios produces the animated series Pinky Malinky for Netflix, and is currently in production on the live-action series Avatar: The Last Airbender.

Currently in its third season, The Loud House is Nickelodeon’s number-two series among its targeted kids 2-11 demographic, behind only SpongeBob SquarePants. Series creator Chris Savino was fired from the studio in 2017 following multiple allegations of sexual harassment, but production has continued on the hit show. Nickelodeon is set to debut a new spinoff of The Loud House, The Casagrandes, later this year.