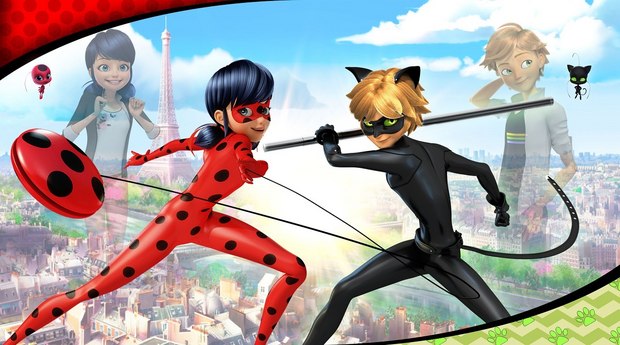 BURBANK, CA -- Nickelodeon premieres the CG-animated adventure series Miraculous Tales of Ladybug & Cat Noir, on Sunday, Dec. 6, at 12:00 p.m. (ET/PT).  Filled with action, comedy and adventure, the new series tells the story of Marinette and Adrien, junior high school students who transform into superheroes Ladybug and Cat Noir to stop a master villain from trying to take over the world.

Outside of their everyday lives as students, who do not know each other’s super alter egos, Marinette and Adrien are each granted powers of speed, strength and agility. With the help of their magical pets and miraculous jewels they become Ladybug and Cat Noir just as trouble strikes.

The series, which will air regularly on Sundays at 12:00 p.m. (ET), is a co-production among Zag, Method Animation, Toei Animation and SamG, with the participation of TF1, Disney Channel EMEA, SK Broadband and AB droits audiovisuels.