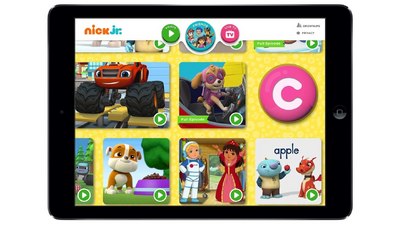 NEW YORK -- Following the tremendous success of the Emmy Award-winning Nick App, which launched in 2013 and has already had 11 million downloads globally, Nickelodeon today announced the launch of the Nick Jr. App, a new branded platform that allows kids to interact with and learn from their favorite Nickelodeon preschool characters anytime and anywhere.  The app is initially available for iPad.

Designed specifically with preschoolers in mind, the Nick Jr. App features a grid-style interface and moveable tile layout that allows for easy exploration and fun discovery.  The app offers a variety of educational activities, alphabet buttons that trigger pop-up surprises, live simulcast streaming of the Nick Jr. channel and on-demand episodes via TV Everywhere authentication through participating TV providers, plus over 100 pieces of short-form content including curriculum moments, music videos, funny mashups, and exclusive first looks.  Throughout the app experience, kids will engage with characters from the net’s top-rated preschool series such as PAW Patrol, Dora and Friends: Into the City! and Wallykazam!, while boosting their STEM, reading, motor and problem-solving skills.

“The Nick Jr. App deepens the connection preschoolers have with their favorite shows and characters through a highly engaging and interactive play-and-learn experience,” said Matthew Evans, Senior Vice President, Digital, Nickelodeon. “The app demonstrates Nickelodeon’s ongoing innovation in the digital space and commitment to super-serving our audience with the content they crave, wherever they go and at any time they want it.”

Full-length on-demand episodes and the live linear feed of the Nick Jr. channel can be accessed by households that subscribe to a TV service package with Nick Jr. and that authenticate through participating TV providers.  This new TV everywhere offering currently reaches over 50 million homes.

The Nick Jr. App is available for free on the App Store for iPad or at www.AppStore.com.  Visit www.nickjr.com/app to learn more.