Series creators Michael DiMartino and Bryan Konietzko will helm the new venture; the studio’s first project, an animated feature, is set to begin production this year. 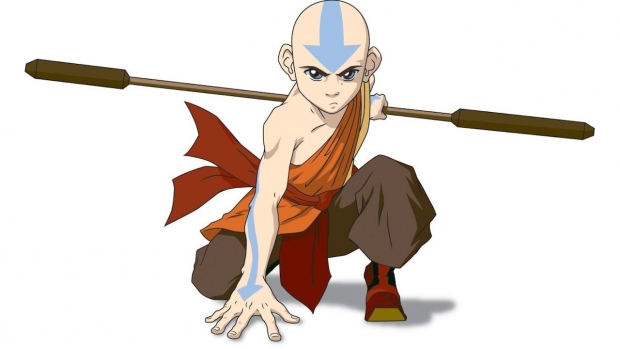 Nickelodeon has just announced the launch of Avatar Studios, signaling a significant creative expansion for the worlds of Avatar: The Last Airbender and The Legend of Korra. The new venture will be led by the series’ original creators and executive producers - Michael DiMartino and Bryan Konietzko - who will serve as co-chief creative officers, reporting to Nickelodeon Animation president Ramsey Naito. Projects will be distributed on a variety of platforms including Paramount+, ViacomCBS’ subscription video on-demand service; Nickelodeon’s own linear and digital platforms; as well as on third-party platforms and in theatres.

The new studio’s first project is an animated theatrical feature set to begin production this year. Additional details have been promised soon.

“Avatar: The Last Airbender and Korra have grown at least ten-fold in popularity since their original hit runs on Nickelodeon, and Ramsey Naito and I are incredibly excited to have Mike and Bryan’s genius talent on board to helm a studio devoted to expanding their characters and world into new content and formats for fans everywhere,” commented ViacomCBS Kids & Family president Brian Robbins. “Creator-driven stories and characters have long been the hallmarks of Nickelodeon, and Avatar Studios is a way to give Mike and Bryan the resources and runway to open up their imaginations even more and dive deeper into the action and mythology of Avatar as we simultaneously expand upon that world and the world of content available on Paramount+ and Nickelodeon.”

“It’s hard to believe it’s been 19 years since we created Avatar: The Last Airbender,” remarked Konietzko and DiMartino in a joint statement. “But even after all that time, there are still many stories and time periods in Aang’s world that we are eager to bring to life. We are fortunate to have an ever-growing community of passionate fans that enjoys exploring the Avatarverse as much as we do. And with this new Avatar Studios venture we have an unparalleled opportunity to develop our franchise and its storytelling on a vast scale, in myriad exciting ways and mediums. We are exceedingly grateful to Brian Robbins and Ramsey Naito for their enthusiasm and respect for the Avatar property and us as its stewards. From the start, they’ve supported our ambitious plans and created a positive, proactive environment for us. We’re excited to be back at Nickelodeon where Avatar began, doing what we do best in the biggest way possible. We can’t wait to build the great teams and productions to make all of this fantasy a reality.”

The news means the creators may have found a production environment that provides a greater degree of creative freedom than they’ve experienced in the not-too-distant past. Back in August of 2020, DiMartino and Konietzko revealed that they were no longer attached as showrunners / executive producers on Netflix’s live-action Avatar adaptation. While both creators announced their disappointment with grace, it still a shame, as we’ll still get to see a highly anticipated new show knowing that it was produced without the original creators’ vision or blessing. At the time, DiMartino stated, “Netflix’s live-action adaptation of Avatar has the potential to be good. It might turn out to be a show many of you end up enjoying. But what I can be certain about is that whatever version ends up on-screen, it will not be what Bryan and I had envisioned or intended to make."

Nickelodeon’s Avatar: The Last Airbender aired for three seasons originally on Nickelodeon, from February 2005 to July 2008. The series follows the adventures of the main protagonist Aang and his friends, who must save the world by defeating Fire Lord Ozai and end the destructive war with the Fire Nation. The show has emerged from its initial three seasons (61 episodes) as one of the most popular animated properties in history. Winner of a Peabody Award, a Primetime Emmy, Annie Awards, and Genesis Awards, the property has been translated into a successful comic book and graphic novel series, which continues to roll out new original stories. The “Avatar: The Last Airbender” graphic novel spent 70 cumulative weeks on the New York Times Graphic Novel Bestseller list, hitting number one. The DVD and Blu-rays have been incredibly successful, with the “Avatar: The Last Airbender: The Complete Series” generating nearly $5M in retail sales since its 2018 release.

The Legend of Korra launched in April 2012 on Nickelodeon and ran for four seasons (52 episodes). Its first season premiered as basic cable's number one kid's show and drew 3.8 million viewers per episode, the highest for an animated series that year. Created and executive produced by DiMartino and Konietzko, the series has been translated into more than 25 languages for Nickelodeon branded channels internationally. It has also been translated into a successful ongoing graphic novel series written by TV series co-creator DiMartino.

The first graphic novel storyline, “Legend of Korra: Turf Wars,” has captured various Top 10 sales spots across children's fiction, YA science fiction, and graphic novel categories since its debut in 2017. The epic story of The Legend of Korra, set in the world of Avatar: The Last Airbender 70 years later, follows the journey of Avatar Korra, a 17-year-old girl striving to live up to the legacy of her predecessor Avatar Aang, while using her mastery of all four elements to confront political and spiritual unrest in a modernizing world.