The third season of the series, created and produced by Chris Savino, will debut in 2017. 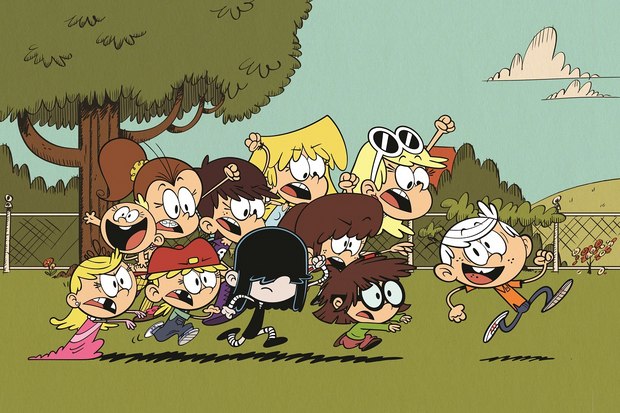 BURBANK, CA -- Nickelodeon announced it has greenlit a third season (26 episodes) of the hit-animated series The Loud House, which is currently the top animated kids’ show on television. This order brings the total episode count to 78. The series is gearing up for the premiere of season two, which will continue to follow Lincoln Loud as he navigates his way through the chaos of being the only boy with 10 sisters. Created and executive produced by Chris Savino, season three is set to debut in 2017.

“Chris Savino has created a very engaging and relatable world through the animated series The Loud House, which is a proven hit with our audience,” said James Stephenson, SVP Animation and Games, Nickelodeon. “The season three order is a demonstration of Nickelodeon’s continued commitment to bringing fresh stories to our viewers.”

Viewers can visit the The Loud House page on Nick.com and the Nick App to get a behind-the-scenes look at the series and the brand-new Facebook page. On Instagram, fans can experience The Loud House Instacomic, an interactive, digital comic book allowing users to help Lincoln Loud on his quest to find the missing remote control. Check it out @loudhouseinstacomic. Episodes of The Loud House are available on Nick.com and the Nick App, along with platforms including iTunes, Amazon, Xbox, Google Play, Vudu, Playstation, and Nick On Demand.

The Loud House is based on an animated short of the same name from Nickelodeon’s annual Animated Shorts Program. Created and executive produced by Chris Savino (Rocko’s Modern Life, The Powerpuff Girls), it is the first series to be greenlit out of the global program which is designed to mine and cultivate a new generation of creative talent. The series debuted Monday, May 2, at 5:00 p.m. (ET/PT) on Nickelodeon and is currently in season one, premiering weekdays at 5:00 p.m. (ET/PT).