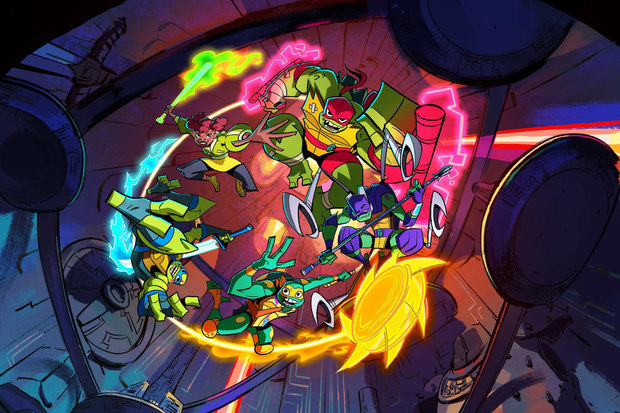 BEVERLY HILLS, CA – Nickelodeon has announced that Rise of the Teenage Mutant Ninja Turtles, the reimagined 2D-animated series, has been greenlit for a 26-episode second season. The action-comedy follows the band of brothers, Raph, Leo, Donnie and Mikey, as they discover new powers and encounter a mystical world they never knew existed beneath the streets of New York City. Season 2 will begin production this fall at Nickelodeon’s headquarters in Burbank, California.

Season 1 of Rise of the Teenage Mutant Ninja Turtles will debut on Monday, Sept. 17, with the global rollout set to premiere this fall across Nickelodeon’s channels and branded blocks in 170+ countries and territories. The all-new original animated series follows the Turtles on different adventures as they master new powers, encounter absurd mutants and battle bizarre villains, each with their own motivations. Ranging from mystics, mutants and madmen, new creatures and villains emerge to take on the brothers in battles across New York City.

In case you missed it, here’s the series trailer: