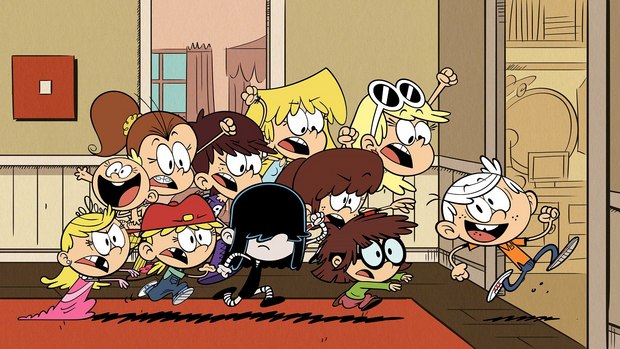 BURBANK, CA -- Nickelodeon announced that it has greenlit a 14-episode second season of its new animated series, The Loud House, rising to the top as the number-one animated kids’ show on TV since its May 2 launch. The Loud House follows Lincoln Loud and his 10 sisters for an inside look at what it takes to survive the chaos of growing up in a huge family. Season two will continue to take inspiration from creator and executive producer Chris Savino’s life growing up in a family of 10 kids. The series airs weekdays at 5p.m. (ET/PT) on Nickelodeon. “The fun, chaotic world of The Loud House is connecting with our audience, and we are very happy to bring even more stories about Lincoln and his family to them,” commented James Stephenson, SVP, Animation and Games, Nickelodeon. “Nickelodeon is also thrilled to add the action-comedy Glitch Techs to our pipeline of original content. The series comes from a stellar creative team, who has given us great characters, an exciting world and a truly innovative take on connecting games with storytelling through a show we think kids will love."

Glitch Techs (working title) has been picked-up for 20-episodes set to debut in 2018. Glitch Techs is an adventure-comedy following two newly recruited kids as they battle video game monsters that come to life in the real world. The brand-new series comes from Eric Robles (Fanboy & Chum Chum) and Dan Milano (Greg the Bunny, Warren the Ape), both hailing from Nickelodeon’s Artist Collective, an internal artist-led development program. The series will be produced at the Nickelodeon Animation Studio in Burbank, CA.

In season two of The Loud House, Lincoln remains the man with the plan, navigating his way through the chaos of living in a family with 11 kids. The heart and comedy-filled adventures defining The Loud House will continue through a deeper dive into the unique personalities of Lincoln’s sisters, as well as a spooky themed episode, a half-hour holiday special and more. ‎

The Loud House is based on an animated short of the same name from Nickelodeon’s annual Animated Shorts Program. It is the first series to be greenlit out of the global program which is designed to mine and cultivate a new generation of creative talent. Created and executive produced by Chris Savino (Rocko’s Modern Life, The Powerpuff Girls), the series is produced at the Nickelodeon Animation Studio in Burbank, Calif. The new series debuted Monday, May 2, at 5:00 p.m. (ET/PT) on Nickelodeon.