Original animated spinoff featuring the Casagrandes family kicks off with a five-episode story arc in season four of hit series ‘The Loud House.’ 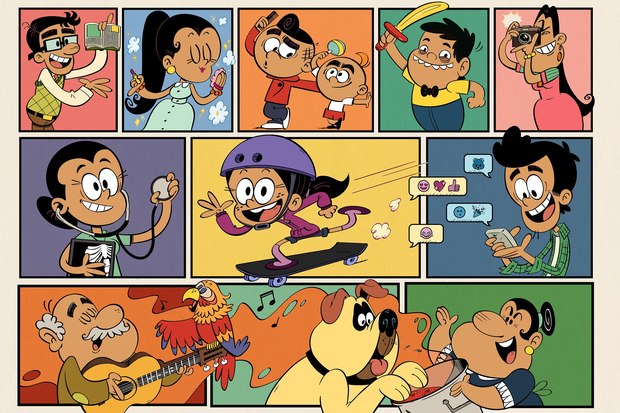 BURBANK, CA -- Nickelodeon has announced that it has greenlit 20 episodes of Los Casagrandes (working title), a spinoff of animated hit The Loud House. Los Casagrandes follows Lincoln Loud’s friend Ronnie Anne and her extended family, the Casagrandes, living together in the big city and exploring the endless possibilities urban life has to offer. The greenlight comes on the heels of a successful premiere week of The Loud House, ranking as the number one show across television with Kids 2-11 and Kids 6-11 (6/25/18-6/28/18).

“Nickelodeon is proud to expand The Loud House universe by offering a new perspective on family life with Los Casagrandes,” said Chris Viscardi, Nickelodeon’s Senior Vice President of Animation Production and Development. “There’s no better time than today to tell stories about a kid growing up in a loving, multi-generational, diverse family.”

Los Casagrandes features Ronnie Anne and her brother Bobby Santiago as they adjust to their new life in Great Lakes City, where they now live with their big, loving and chaotic multi-generational family, the Casagrandes. In the series, Ronnie Anne makes new friends, build stronger bonds with her relatives and explores the endless possibilities of city life. Bobby helps Grandpa Hector run the family’s corner store, and becomes familiar with the neighborhood’s quirky characters.

The Casagrande family was first introduced in The Loud House special, “The Loudest Mission: Relative Chaos,” which was recently nominated for an Imagen Award. The family will continue to appear throughout The Loud House season three, currently airing on Nickelodeon, and will be featured in a five-episode arc in season four. The Loud House centers on 11-year-old Lincoln Loud and his ten sisters as he gives an inside look at what it takes to survive the chaos of a huge family.