Nickelodeon Greenlights ‘Bunsen is a Beast!’ 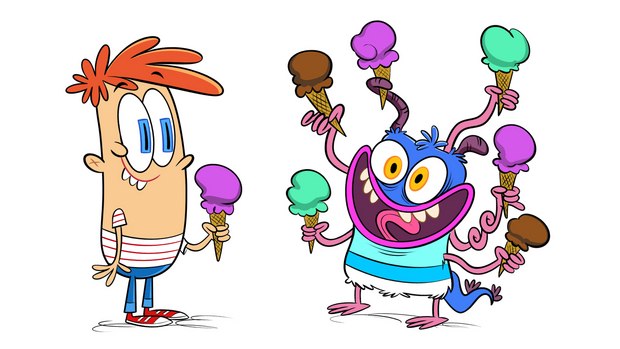 BURBANK, CA -- Nickelodeon has announced a 20-episode order of Bunsen is a Beast!, an original animated comedy created and executive produced by Butch Hartman.

Bunsen is a Beast! follows the adventures of Bunsen, the first beast to attend a human-grade school. Nick also picked up seven additional episodes for season 10 of the Emmy Award-winning The Fairly OddParents, which will return Friday, January 15, at 7:30 p.m. (ET/PT). The 20-episodes in season 10 of The Fairly OddParents will continue the magical journeys of 10-year-old Timmy Turner and his well-meaning fairy godparents who grant him wishes.

“Butch Hartman has been making kids laugh for decades by creating some of the most memorable characters and comedy situations that have stood the test of time,” said Russell Hicks, Nickelodeon’s President of Content Development and Production, in making the announcement. “The greenlight of Bunsen is a Beast! plus the pickup of more episodes of The Fairly OddParents extends our relationship with Butch to reach almost 20 years. We look forward to another terrific run from Butch who creates funny and relatable content like no other.”

Bunsen is a Beast! follows two unlikely friends attending grade school. On his first day of school, Bunsen befriends a classmate named Mikey, who over time guides Bunsen through the ups and downs of life as a human. On the flipside, Bunsen introduces Mikey to the wild and whacky world of monsters which, as it turns out, is a lot more fun than scary. No matter what the stakes, Bunsen and Mikey will always have each other’s backs.

“I’ve always wanted to create a show like Bunsen because a monster as a main character is the perfect opportunity for endless creative opportunities and absolutely no rules,” Hartman said. “I think kids are going to really relate to the range of emotions and adventures that Bunsen experiences at his new school and how his friendship with Mikey develops.”

The Fairly OddParents in its season 10 premiere finds Timmy getting the news that he has to share his fairies with the new girl in school, Chloe Carmichael. But when Chloe realizes she can use her magic for good, she wishes everyone in Dimmsdale would share everything, and chaos ensues. The animated show is Nickelodeon’s third longest-running animated series behind worldwide hits SpongeBob SquarePants and Dora the Explorer. The series cast includes Kari Wahlgren (Kung Fu Panda: Legends of Awesomeness) as Chloe Carmichael, Tara Strong (Ultimate Spider-Man) as Timmy Turner, Susanne Blakeslee (Shrek the Third) as Wanda, Daran Norris (T.U.F.F. Puppy) as Cosmo, Grey Griffin (T.U.F.F. Puppy) as Vicky, and Carlos Alazraqui (Happy Feet) as Mr. Crocker.

Hartman began his animation career as an assistant animator on An American Tail. He created his own shorts for What a Cartoon!, and also wrote and directed episodes of Dexter’s Laboratory, Cow & Chicken and Johnny Bravo. Hartman joined Nickelodeon in 1998 where he created and produced several cartoon shorts for the Oh Yeah! Cartoons series, including The Fairly OddParents. Commemorating the 10th anniversary of the animated show, Hartman brought the series to life in the 2010 live-action/CG animated hit TV movie, A Fairly OddMovie: Grow Up, Timmy Turner! The series came to life once again with the 2012 holiday-themed sequel, A Fairly Odd Christmas, drawing 4.5 million total viewers, and in 2014 with A Fairly OddSummer. Hartman is also the creator of Nickelodeon’s animated series Danny Phantom and T.U.F.F. Puppy.