Nickelodeon Doubles Down on Preschool Slate

In biggest preschool content pipeline ever, Nick greenlights fourth seasons of ‘Blaze and the Monster Machines’ and ‘PAW Patrol,’ and third season of ‘Shimmer and Shine.’ 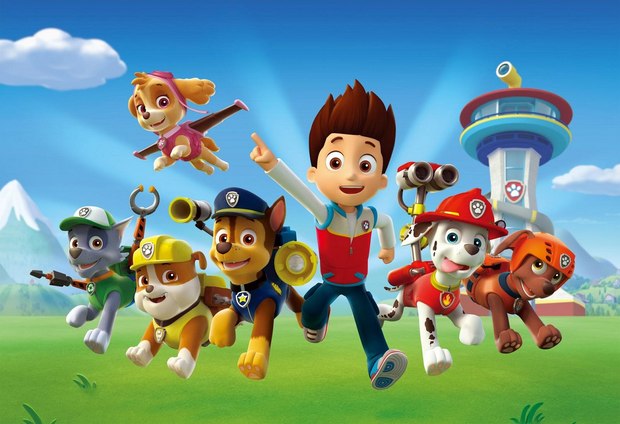 NEW YORK – Nickelodeon has announced season pickups for three of its top-rated animated preschool series, Blaze and the Monster Machines, PAW Patrol and Shimmer and Shine, totaling over 65 episodes. The renewals, for fourth seasons of Blaze and the Monster Machines and PAW Patrol, and a third season of Shimmer and Shine, are part of the network’s biggest preschool content pipeline ever, with over 10 preschool shows in production and six new series set to debut though 2018.

Nickelodeon currently owns three of the top five preschool shows on TV, led by Blaze and the Monster Machines at number one, and ranks as the number-one network for preschoolers and kids 2-11 year to date. Most recently, the just-launched second season of Shimmer and Shine scored a series high, garnering nearly 2 million total viewers (1.8) and increasing ratings with kids 2-5 (5.3/600k) by 40% over last year.

In season four of Blaze and the Monster Machines (20 episodes), the amazing monster truck Blaze and his eight-year-old driver AJ will embark on even more thrilling, action-packed adventures. Blaze will transform into a special vehicle designed to tackle the toughest terrains, and execute epic rescues to save his friends and Axle City. The series is the first preschool show on TV to comprehensively cover all areas of STEM (Science, Technology, Engineering, Math) in every episode.

In the fourth season of PAW Patrol (26 episodes, produced by Spin Master Entertainment), the pack of pups, Chase, Marshall, Rocky, Rubble, Zuma, Everest, Tracker and Skye, will be called on to participate in Mission PAW rescues in the kingdom of Barkingburg, located an Air Patroller ride away from Adventure Bay. The heroic pups must save the kingdom from evildoers, including a bad puppy named Sweetie that is scheming to become the queen. The PAW Patrol will also take to the beach for lifeguard duty, diving into daring new aquatic adventures with their new Sea Patroller ship and mini-sub patroller. PAW Patrol features a curriculum that focuses on citizenship, social skills and problem solving.

Season three of Shimmer and Shine (20 episodes) will follow twin genies-in-training, Shimmer and Shine, as they travel beyond the Rainbow Waterfalls in Zahramay Falls, where new worlds and fantastical experiences await.  Journeying aboard their magical boat, Shimmer, Shine and their best friend Leah will explore wondrous locales, meet adorable critters and learn new forms of genie magic. Shimmer and Shine features a social-emotional curriculum highlighting the importance of teamwork, resilience and overcoming obstacles.

Nickelodeon, now in its 37th year, is the number-one entertainment brand for kids. It has built a diverse, global business by putting kids first in everything it does. The company includes television programming and production in the United States and around the world, plus consumer products, online, recreation, books and feature films. Nickelodeon’s U.S. television network is seen in more than 90 million households and has been the number-one-rated basic cable network for 20 consecutive years.