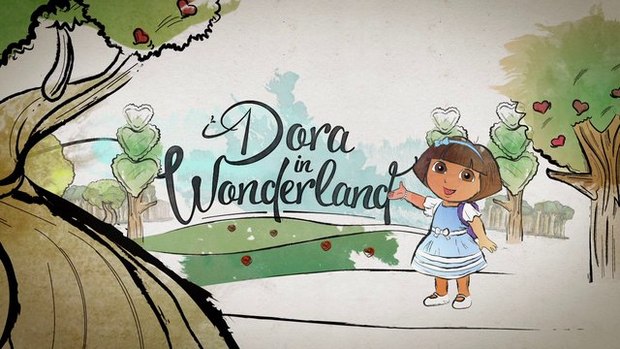 Emmy Award-winning Dora the Explorer continues to be the most watched preschool show on TV drawing 81.7M total viewers and 12.2M preschoolers in 2013.  Nickelodeon is currently the number-one rated cable network among K2-5 with five of its preschool series (Paw Patrol, Bubble Guppies, Team Umizoomi, Dora the Explorer, Peter Rabbit) ranked in the top 10 on all TV.

NickJr.com—Nickelodeon’s award-winning website for parents and preschoolers—is being transformed into a Wonderland for Dora fans! Visit Dora the Explorer online to print a free 26-page Dora coloring book, watch Dora the Explorer episodes, play Dora games, and sing along to Dora in Wonderland music videos.  Between March 3-10, kids can search for the White Rabbit on NickJr.com, who will lead them to a secret surprise!