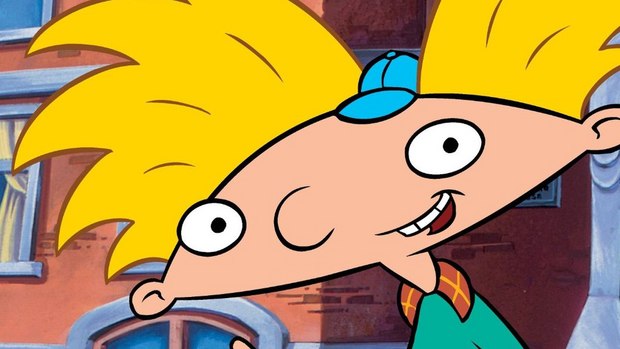 BURBANK, CA -- Nickelodeon announced that the upcoming TV movie titled Hey Arnold!: The Jungle Movie will feature 19 original voices from the beloved television series. The announcement comes in the midst of Nickelodeon’s 25th anniversary celebration of original creator-driven animation. Hey Arnold!: The Jungle Movie is written and executive produced by the series’ original creator Craig Bartlett and produced by Nickelodeon Animation Studios in Burbank. The two-hour TV movie will debut in 2017.

“We’re incredibly fortunate to work with these talented voice actors who brought to life one of the most celebrated cartoons in Nickelodeon’s history,” commented Chris Viscardi, SVP, Content Development, Nickelodeon Franchise Properties. “The voice cast is an essential piece to the Hey Arnold! universe and we're excited for a new generation of fans to hear these characters in a new TV movie.”

Original cast members will give new life to Helga, a complicated and cynical girl who puts up a mean front, but is full of extreme emotions; Phoebe, Helga’s confidante and loyal best friend; Harold, a former bully with a tough exterior and soft interior; Rhonda, a fashionista who comes from a preppy and prestigious family; and Olga, Helga’s beautiful, intelligent and friendly older sister; as well as the other colorful characters.

Rounding out the cast, Alfred Molina (Spider-Man 2) voices resident villain, Lasombra, an infamous river pirate operating from a secret compound in the jungles of San Lorenzo.

The greenlight for an original Hey Arnold! TV movie was announced earlier this year. Hey Arnold!: The Jungle Movie will feature a storyline that picks up from where the original series ended in 2004 and will resolve unanswered questions and plotlines--including Arnold finally getting answers about the whereabouts of his missing parents.

This August celebrates 25 years of original creator-driven animation for Nickelodeon, marking a significant milestone exemplifying decades of rich history and commitment to bringing fresh innovative content to kids and families around the world. Later in the year, Nickelodeon will open up a 190,000 square-foot, state-of-the-art complex to serve as the West Coast hub for the network, housing the ever-growing number of animated and live-action series, TV movies, and award shows and events seen globally.