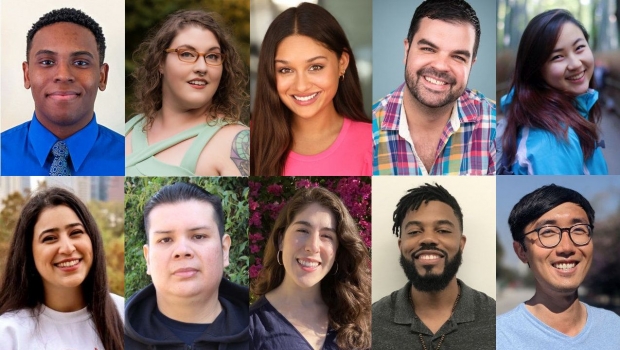 Nickelodeon has announced the selection of 10 individuals to participate in its annual Writing and Artist Programs. Helmed by the ViacomCBS Office of Global Inclusion and aligned with the company’s Content for Change initiative, the programs are designed to develop the next generation of creative voices from underrepresented communities. Four aspiring television writers will be invited to participated in the 22nd annual Writing Program with the opportunity to hone their skills while working at the Nickelodeon studio. Six emerging artists will develop their craft during the 10th annual Artist Program.

The news comes on the heels of the second year of remote programming, which marked the most successful year ever for Nickelodeon’s Creative Talent Development & Outreach team. All five artists from the 2021 Artist Program were staffed on Nickelodeon productions and all four writers were staffed on projects across ViacomCBS.

This year’s addition of Peer Mentoring strengthens the program’s overall impact, providing participants with one-on-one mentorship, as well as a deeper introduction to Nickelodeon’s culture and inclusive work environment.

Within the Writing Program, all participants get a chance to network with executives and show creators, gain firsthand experience writing scripts, pitch story ideas, and attend workshops, seminars, classes, and experience working writers’ rooms. These writers will develop their skills with hands-on work during the yearlong program.

The writers will be individually paired with Nickelodeon’s Linda Halder (Senior Manager, Live Action Development), Mary Harrington (Executive Producer, Preschool Development), and Conrad Montgomery (VP, Animation Development), who will work with them on professional development, writing and network building at the studio.

The Writing Program participants are:

During the six-month Artist Program, aspiring artists will learn from lead artists and practice their craft as they work on an animated series in various stages of production. Tracks include storyboard, general design, or CG generalist. The CG track was first offered last year to service many of the Nickelodeon Animation Studio’s current and upcoming CG productions.

The Artist Program participants are: