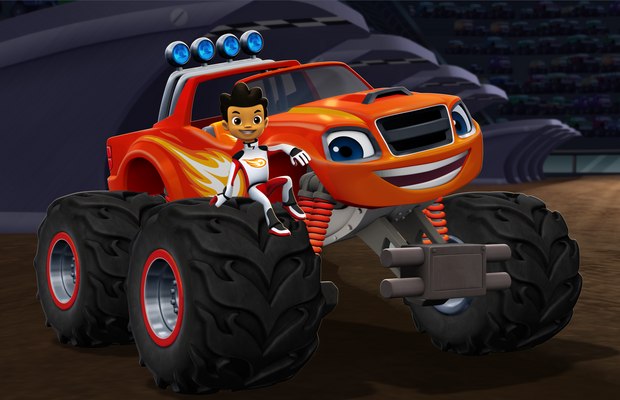 Nickelodeon announced that they will premiere more than 100 episodes of brand-new educational preschool series in the 2014-2015 season as part of the network’s biggest pipeline of content ever.  Joining the just-launched Wallykazam!, and the upcoming Dora and Friends: Into the City! and Blaze and the Monster Machines, Nickelodeon’s preschool slate is getting two more newly greenlit series for the upcoming season: Shimmer & Shine, an animated show starring twin genies-in-training and featuring an emotional-intelligence curriculum; and Fresh Beat Band of Spies, an animated version of the hit live-action series The Fresh Beat Band, teaching problem-solving.

“This season, we are introducing Nickelodeon’s biggest pipeline of content for every demo and in every genre,” said Cyma Zarghami, President, Nickelodeon Group.  “Our preschool slate reinforces Nickelodeon’s standing as the best place for shows that are both smart and fun, powered by great stories, relatable characters and a meaningful curriculum that has been our hallmark.”

Nickelodeon is TV’s top destination for preschoolers and their parents, with a current portfolio of hits like Dora the Explorer, PAW Patrol, Bubble Guppies, Peter Rabbit and Team Umizoomi--which will all have new episodes premiering in the upcoming season, as well.  The network owns four of the top five preschool shows on all television, including the two top-rated shows: PAW Patrol; and Wallykazam!, which teaches literacy and represents Nick’s highest-rated preschool series premiere in almost 10 years.

Nickelodeon’s new preschool series rolling out in the 2014-2015 season include:

Nickelodeon Preschool is “the smart place to play,” with a legacy of providing educational and entertaining programming that empowers kids to learn while they play.  Through the years, Nickelodeon Preschool has consistently created highly engaging, age-appropriate, education and innovative shows like Blue’s Clues, Dora the Explorer, Team Umizoomi, Bubble Guppies and Wallykazam!.  Educational consultants are used to develop a deep, unique curriculum for each show and storybook versions of every episode are tested with kids to ensure quality.  The content is available on TV, online, mobile, and tablets, allowing kids to interact with and learn from their favorite characters across multiple platforms.