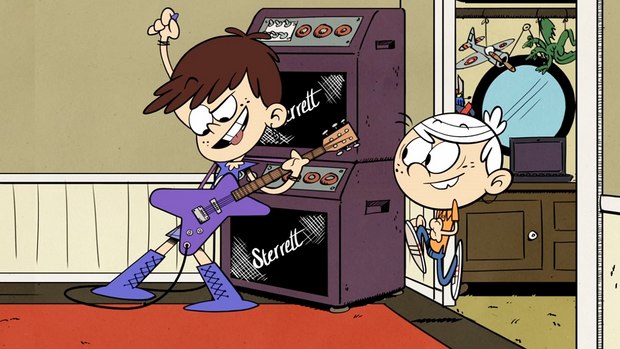 BURBANK, CA -- Nickelodeon continues to pave the way in discovering and curating talent with its 2015 global Animated Shorts Program open call, Feb. 1–March 31. Marking the fourth year for the program, the network’s development team will continue to oversee domestic and international pitches for the Nickelodeon and Nick preschool audience, which is designed to identify and develop animation talent and provide a platform for fresh content for kids. Last year’s program yielded its first 13-episode series greenlight with Chris Savino’s The Loud House which will premiere in 2016.

“We continue to be impressed by the magnitude and quality of ideas generated each year from this global program, and its success is clearly proven not only through our increasing stable of content, but also by the incredible talent we are fortunate of having inside and outside of our animation studio," said Russell Hicks, President, Content Development and Production, Nickelodeon.

As part of the network’s search for original and funny content to complement its already dynamic development slate, the Animated Shorts Program launched in 2012 and collected more than 600 pitches. The program turned global its second year, and in 2014, amassed more than 1500 pitches worldwide from a broad spectrum of creative talent. Past select animated shorts will be found on the Short Toons section on Nick.com and the Nick App.

Ideas and pitches will be accepted from a wide pool of creative talent from all quarters including artists, designers, writers, directors and comedians. Creators will be provided with the necessary artistic and production support teams to help them complete their fully animated short.

The submissions period will run from Feb. 1–March 31. Shorts must be original, humor-based and character-driven. All animation styles are encouraged from 2D, digital 2D, stop motion, CG or mixed media. Final pitches should be two minutes in length, and in the form of a rough storyboard. Full program guidelines are available at www.nickshortspitches.com.

Savino’s (Rocko’s Modern Life, The Powerpuff Girls) The Loud House follows 11-year-old Lincoln as he gives an inside look at what it takes to survive in the bedlam of a large family, especially as the only boy with 10 sisters. Additionally, Gary “Doodles” Di Raffaele, discovered through Nickelodeon’s inaugural Animated Shorts Program in 2012, is one of the creators and executive producers, alongside Steve Borst, of Nickelodeon’s Breadwinners, which will debut its second season next year.