Nickelodeon announces a call for submissions for its 2014 global Animated Shorts Program, designed to identify and develop new animation talent and provide a platform for new content for kids. 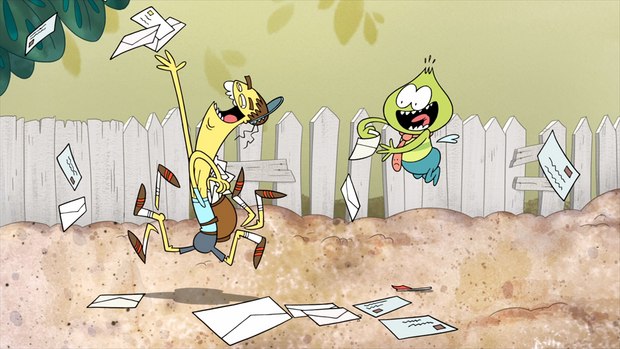 BURBANK, CA -- Nickelodeon announced today its call for submissions for its 2014 global Animated Shorts Program, which is designed to identify and develop new animation talent and provide a platform for new content for kids. This year’s program marks the third year for domestic pitches and the second annual call for international submissions, continuing the search for a new set of creative voices and visionaries. The network will choose a minimum of 10 pitches to be developed into shorts that will appear on air, on www.nick.com and on the Emmy Award-winning Nick App. These shorts also have the potential of becoming long-form animated series on Nickelodeon. In 2013 Nickelodeon took over 1000 pitches worldwide for the program.

“We’re on an ongoing mission to create the funniest animated content for this next generation of kids, and find the freshest creative voices from around the world,” said Russell Hicks, President, Content Development and Production, Nickelodeon. “The shorts program has already fueled our pipeline with new content and we’re very excited to see what comes through our door this year.” Ideas will be accepted from a broad pool of creative talent from all quarters including artists, designers, writers, directors and comedians. Creators will be provided with the necessary artistic and production support teams to help them complete their fully animated short.

Shorts must be original, humor-based and character-driven. All animation styles are encouraged from 2D, digital 2D, stop motion, CG or mixed media. The deadline for submissions is March 14, 2014. For full program guidelines, visit:

From the pitches received in 2013, 10 domestic and seven international pitches were chosen to be developed into animated shorts that will air on Nickelodeon, appear on www.nick.com, and on the Nick App throughout 2014. “The Loud House” created by Chris Savino, “Bear Wrestler” created by Deanna Rooney, “By Request Pizza” created by Arica Tuesday and Mick Ignis, “Hole” created by Sam Spina, “Matt and Gus” created by Matt Braunger, and “Charlie and Mr. Two” created by Travis Braun round out the previously announced domestic finalists: “Bug Salad” created by Carl Faruolo, “Earmouse and Bottle” created by Brian Morante, “Woodstump” created by Zach Smith, and “Broats” created by Jack Cusumano. The international animated shorts in development include “Badly Drawn Animals” by Hamish Steele (UK), “Louis and Georges” by Renaud Martin & Raphaël Chabassol (France), “Monster Pack” by Pedro Eboli & Graham Peterson (Brazil), “Moosebox” by Mike Scott (South Africa), “Scoop” by The Brothers McLeod (UK), “Tech Oddity” by Marco Ibarra and Stefie Zöhrer (Mexico), and “Tonk’s Island” by Mel Roach (Australia).