Nickelodeon and Activision announce plans to develop and publish the first-ever video game inspired by the fan-favorite animated series, ‘The Legend of Korra,’ in conjunction with Platinum Games. 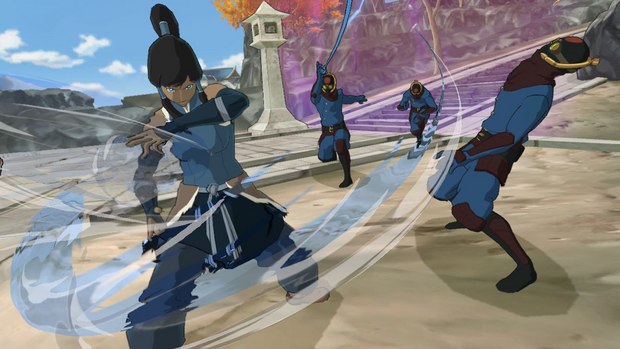 New York – Nickelodeon and Activision Publishing announced plans to develop and publish the first-ever video game inspired by the fan-favorite animated series, The Legend of Korra. The Legend of Korra digital video game is developed by PlatinumGames, and capitalizes on the studio’s pedigree of creating visually flourishing experiences with fast-paced, dynamic combat.  The game is planned to be available for download this fall on Sony’s PlayStation 4 and PlayStation 3 computer entertainment systems; Xbox One, the all-in-one games and entertainment system and Xbox 360 games and entertainment system from Microsoft; and Windows PC.

The Legend of Korra fans will have the unique opportunity to select the cover art for this digital video game by voting on three different concepts drawn by one of the show’s character designers, Christie Tseng. Fans can visit https://www.facebook.com/legendofkorra to cast their vote. Voting will run through June 30 at midnight PST.

“We are thrilled to expand our relationship with Activision Publishing, Inc. to bring the hit animated series from TV screens to gamers everywhere,” said Yaacov Barselah, Vice President of Games & Digital Publishing New Business, Nickelodeon.  “Capturing the true essence and exquisite creative of the series, The Legend of Korra games are sure to captivate fans as they delve into the rich and exciting world of Korra.

The Legend of Korra video game follows Korra, a strong-willed young woman who, as the reincarnation of the Avatar, can bend the four primal forces of nature to her will. Scripted by staff writer Tim Hedrick and consulted by series co-creators and executive producers Bryan Konietzko and Michael DiMartino, the game's original adventure takes place between Books Two and Three of the TV program allowing for an authentic Avatar experience.  The game’s cell-shaded visuals recreate the beautiful look and immersive feel of the show, with colorful, vivid detail going into every action, elemental effect and animated story sequence.

The Legend of Korra is a single player, action-packed brawler, in which Korra's mastery of martial arts and the four elements – fire, earth, air, and water – can be used on the fly to bolster her combos and counters against foes. Throughout the game, Korra's polar bear-dog, Naga, will aid her in high-speed traversal segments.  The game also brings to life the series' competitive sport, Pro-Bending, in which teams of three use the elements to fight for territory in an arena.

A handheld version of The Legend of Korra for the Nintendo 3DS hand-held system is also being developed by Webfoot Technologies, as a retail-only release. The handheld version of the game will feature a similar story, and is a single-player, turn-based strategy RPG, in which players focus on tactically maneuvering Korra and her allies on the battlefield.

Set 70 years after the events of Avatar: The Last Airbender, The Legend of Korra follows the next Avatar after Aang–a teenage girl named Korra (Janet Varney) who is from the Southern Water Tribe.  Korra lives in Republic City, the modern “Avatar” world that is a virtual melting pot where benders and non-benders from all nations live and thrive.  Under the tutelage of Aang’s son, Tenzin (J.K. Simmons), Korra continues her Avatar training while dealing with the dangers at large. The series is co-created and executive produced by Michael DiMartino and Bryan Konietzko, co-creators of the Emmy Award-winning Avatar: The Last Airbender.  Joaquim Dos Santos is co-executive producer.