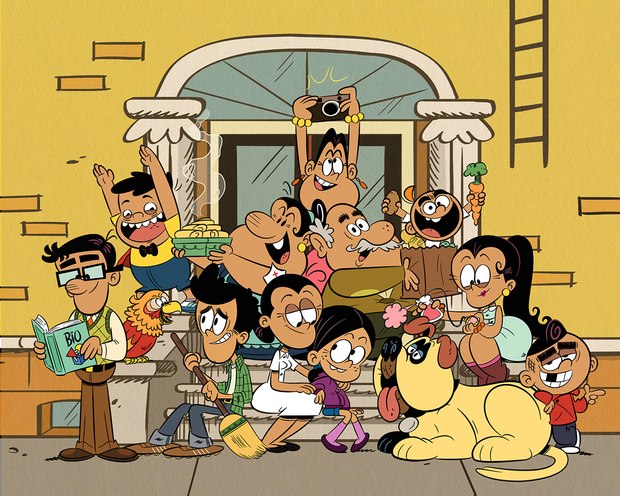 Nick announced 'Los Casagrandes' as a companion to its hit 'The Loud House.'

Among the networks’ plans: a reboot of Teenage Mutant Ninja Turtles; a remake of the preschool entertainment landmark, Blue’s Clues; moves into areas of emerging tech, with original VR and AR experiences; and location-based experiences, like this summer’s family musical festival, Nickelodeon SlimeFest. “With our share growing and content pipeline in overdrive, we are reinventing ourselves to best serve the new and next generation of audiences on new and next-generation platforms,” said Cyma Zarghami, President, Nickelodeon Group. “Kids are both our anchor and North Star, and that bond with the audience allows us to connect to them everywhere.”

During the presentation, Zarghami previewed the network’s upcoming content slate which includes: a development deal for Los Casagrandes, a brand-new companion series for animated hit The Loud House;  and Pony, a new animated comedy series developed by Nickelodeon International in the UK.

In the preschool category, the network will premiere this season more than 300 new episodes of returning hit shows, including PAW Patrol, Blaze and the Monster Machines, Shimmer and Shine, and Nella the Princess Knight.

The network will air more than 200 episodes of returning animated hits like SpongeBob SquarePants and The Loud House this season, and has announced the following new shows: Nick's 'Rise of the Teenage Mutant Ninja Turtles' is a new take on the classic franchise.