The second season of Saban Brands’ Julius Jr. is picked up by Nick Jr. with new episodes of the series debuting May 3. 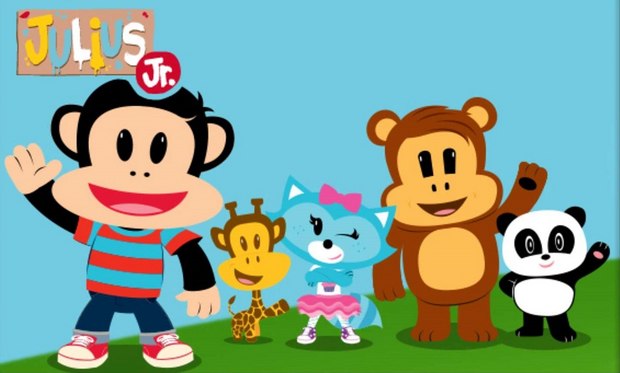 Saban Brands announced that its animated preschool series Julius Jr. has been picked up by Nick Jr. for a second season in the United States. The television series, which is inspired by the creative spirit and lovable characters of Paul Frank, first debuted in the U.S. on the popular children’s network in September 2013 and continues to show strong ratings growth with key demographics in its timeslot. Throughout the month of May, Nick Jr. will premiere brand-new episodes of Julius Jr. beginning Saturday, May 3, at 1 p.m. (ET/PT). Julius Jr. regularly airs weekdays at 5 p.m. and Sundays at 10 a.m. (ET/PT) on Nick Jr.

“Since the show’s premiere last September, the characters and adventures of Julius Jr. have captured the hearts of kids and families across the country and the series has become a top-rated show on Sunday mornings,” said Elie Dekel, President of Saban Brands. “The second season will introduce exciting new worlds and lovable new characters. Julius Jr. is all about creativity, invention and imaginative play, and with Nick Jr. in the United States we are entertaining and inspiring kids every day."

In the upcoming season, Julius Jr. and his best pals will enter all-new worlds, including a splash-tastic water park. The gang gets a resident pet when their furry little friend Chachi, an adorable Chihuahua and a Paul Frank favorite, moves in to the Playhouse. Season two will also delight with even more original music, spanning many genres from pop to reggae and dance. In addition, the new season will also include a holiday special where Julius Jr. and his friends visit many worlds through the Hall of Doors to see how each place celebrates the holidays.

Additionally, the show’s themes will be brought to life beyond the screen through a new toy line with Fisher- Price Inc., global master toy licensee for the brand. The line will include playsets like the Julius Jr. Rock ’n Playhouse Box, plush assortments and role-play items such as the Box Top Guitar. The toys begin to hit Toys "R" Us shelves starting mid-June with the full rollout at key retailers to follow in fall 2014.