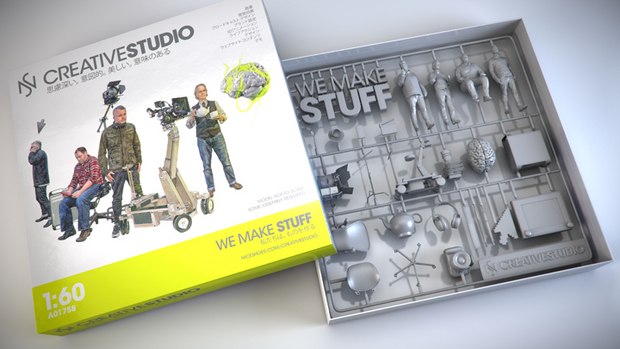 “We make stuff, and the Creative Studio combines the best thinking and the best making,” says Geraint Owen. “It's start to finish, immersive storytelling through purposeful design, with the highest regard for craft - what we call 'Content by Design'.”

Creative Director James Coulson notes '“We're proficient in commercial, entertainment, branding and digital and can create content that will resonate with consumers. Our studio's ethos is simple: thoughtful, beautiful, purposeful."

Creative Director Harry Dorrington adds, “Sure, adding these creative skills is efficient and economical. What's interesting is we're now able to work with clients from concept through the high-end finishing and color grading that Nice Shoes is known for. It really opens up the whole canvas of production.”

Coulson, a multi-talented and award-winning creative, began his career at the BBC in London. He's led teams in all aspects of production and post for Imaginary Forces, Psyop and B Reel in New York and oversaw the re-brand of The Sci Fi Channel to Syfy. His clients include BMW, Nike, HBO, IBM, Def Jam and MTV.

Dorrington is a creative with a reputation for graphics and animation, a shelf full of notable awards, and an Emmy nomination. His career has spanned the BBC, English & Pocket (UK), Lambie-Nairn (UK), R/Greenberg Associates and Gravity/Rhino in NY.

“With the talent and resources available at Nice Shoes, there is literally no project that can’t be realized here,” says Steve Parish. “I’m excited to see how we can push the envelope in areas people aren’t expecting.”

VFX/Animation Director Steve Parish has vast experience in both television and film, having worked at QuietMan, Smoke & Mirrors, and The Mill. His commercial experience includes leading successful campaigns for Pepsi, GE, AT&T, HBO, Coca Cola, Spike Lee, and The Beatles Rockband “Abbey Road” commercial. At Industrial Light & Magic, Steve worked on Harry Potter and the Order of the Phoenix, Pirates of the Caribbean: At World’s End and more recently Elysium and Thor: The Dark World while at Whisky Tree.