Nice Shoes, No Fixed Address Spin a Web for the Canadian Centre for Protection

Short film inspired by Manga, graphic novels, and the work of Frank Miller and Edward Gorey, introduces a groundbreaking tool that detects and helps remove images of child sexual abuse on the Internet. 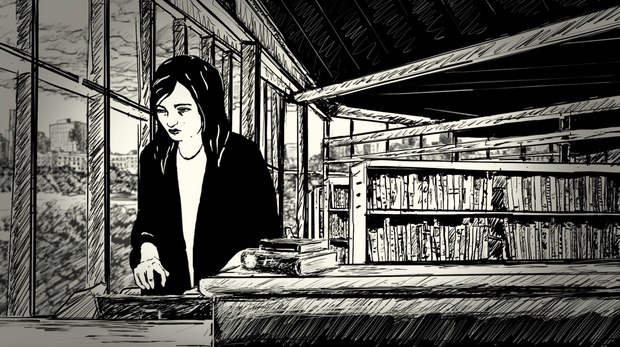 In early 2017, The Canadian Centre for Child Protection launched Project Arachnid, a groundbreaking tool that detects and helps remove images of child sexual abuse on the Internet. The center, which operates in partnership with police forces across Canada, recently posed questions to 128 adults who had been sexually exploited as children and whose abuse had been recorded on camera. Almost three-quarters of respondents said they were worried about being recognized years later, because the images continue to spread online. To bring to life how Project Arachnid helps victims break the endless cycle of abuse, the organization enlisted agency No Fixed Address and Nice Shoes Creative Studio to craft a brief, but powerful animated short film. “It was very important to us to find a way to reflect the gravity of the matter, but not make people look away. We didn’t want the problem to seem insurmountable,” said Shawn James, Creative Director at No Fixed Address, “Nice shoes did a great job of finding that balance.”

Nice Shoes Creative Directors Gary Thomas and Matt Greenwood, along with Design Director Stefan Woronko developed style frames taking the piece into an illustrative, textured direction inspired by Manga, graphic novels, and the work of Frank Miller and Edward Gorey. As the teams explored the concept, they quickly found they were on the same page, and worked closely to animate the dramatic and powerful story. “We felt the narrative should drive the visuals and presented a solution where only simple animation was needed to emphasize the story,” said Thomas.

“The Canadian Centre for Child Protection are dedicated people doing important work. They knew what their message was and trusted No Fixed Address and Nice Shoes to help them articulate it visually,” concluded Thomas. “We took that trust very seriously and were happy to help shed some light on some dark realities.”