Famed Canadian animation studio forges a path for unique voices; also bringing 5 projects and a special program to the festival, including Joanna Quinn's ‘Affairs of the Art’ and Claude Cloutier's ‘Bad Seeds.’ 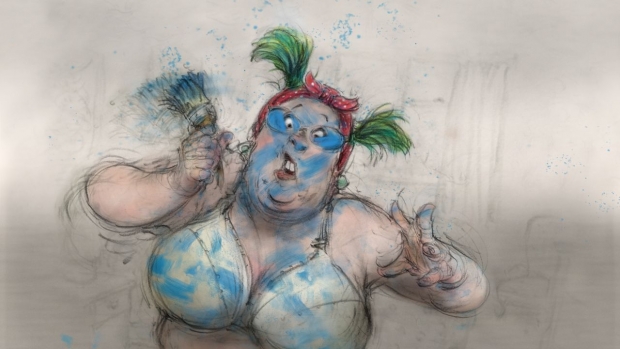 The National Film Board of Canada (NFB) makes a strong showing at this year’s Annecy International Animated Film Festival (June 14–19) with five projects in the lineup, one special program, and its first-ever Studio Focus event, taking place virtually on June 15.

With 12 Oscars and 75 nominations under its belt, the NFB is a proven leader in the world of animation, serving as an incubator for countless filmmakers who’ve created innovative films every year since the studio’s inception more than eight decades ago.

Here’s a breakdown of what’s in store next week at the festival: As working-class heroine Beryl explores her own obsession with drawing, audiences are offered a peek at the eccentricities and fixations of her entire family, which range from a preoccupation with screw threads to the art of taxidermy. As with Quinn’s previous films, the politics of gender and oppression take centre stage, along with her fascination with the female body. The film has already won Best Animation in the International Competition at the Clermont-Ferrand International Short Film Festival (2021), the Jury Award for Best Comedy at Aspen Shortsfest (2021), and the Award for Best Short Film at the Kaboom Animation Festival in the Netherlands (2021).

Quinn is one of Britain’s most distinctive animators; her dynamic and fluid style instills a unique energy in her work. Her films have won just about every major award, including BAFTAs and Emmys, in addition to receiving two Oscar nominations. Welcome to a bizarre world populated by carnivorous plants that change shapes the way a chameleon changes colors. This modern-day fable connects the ideas of growth and rivalry, evolution and competition, chronicling a shocking duel that’s peppered with allusions to the western genre, the Cold War and board games. Ultimately, veteran animator Claude Cloutier reminds us that we all rely on each other for our survival. The film won the Audience Award at the Sommets du cinéma d’animation de Montréal (2021).

Cloutier employs his trademark ink-on-paper drawing style and absurdist humour in his 12th collaboration with the NFB. His past films include Carface (2015) and Sleeping Betty (2007), which won more than 20 awards, including the Genie and Jutra for Best Animated Short. How to Be at Home (À la maison) – Andrea Dorfman

Poetry and animation combine to bring us How to Be at Home, produced as part of The Curve, an NFB collection of social distancing stories that bring us together. By teaching us to “lean into the loneliness, and know you’re not alone in it,” this film offers a tender, profound and lyrical look at the theme of isolation.

How To Be At Home (Excerpt) from NFB/marketing on Vimeo.

Halifax-based filmmaker Andrea Dorfman creates animated shorts that explore the world with wonder and heart, like her Emmy-nominated Flawed (2010), and How to Be Alone (2010), which has racked up more than nine million views on YouTube. This surreal ode to rebirth and reinvention conjures a post-COVID world shaped by the primordial forces of nature—and haunted by the genial spectre of Buster Keaton. Created in sublime self-isolation during the strange pandemic spring of 2020, this film is also part of the NFB’s Curve collection. With a deft hand, director Mike Maryniuk juxtaposes archival images with handcrafted animation, resulting in a shimmering utopian dreamscape.

Hailing from Manitoba, Canada, Maryniuk is a completely self-taught film virtuoso, influenced by the likes of Michel Gondry, Caroline Leaf and Les Blanks. His films have screened at the Sundance Film Festival, South by Southwest, the New York Film Festival’s Views from the Avant Garde, TIFF and elsewhere around the globe. Inspired by the Carl Sandburg poem of the same title, this single-user, immersive VR experience explores themes of acknowledgement and participation. Using the hangman as metaphor, it reveals the awkward intimacy that comes with being human, and the connection between spectator, witness and accomplice. This animated interactive experience was an official selection at both the Ottawa International Animation Film Festival and the Geneva International Film Festival, among others.

The Hangman at Home - VR / teaser (English) from Floreal Films on Vimeo.

Michelle and Uri Kranot’s work fuses painting, drawing and new technologies into contemporary experiences. They won the Grand Jury Prize for Best VR Immersive Work at the 77th Venice Film Festival, and their previous film, How Long, Not Long (2016), won the FIPRESCI Award at Annecy.

VIRTUAL EVENT: Studio Focus – The National Film Board of Canada: Driven by Characters

On June 15, the NFB will take part in the Annecy festival’s virtual event, Studio Focus, a series of sessions designed for large studios to highlight their creative and technical processes, as well as showcase their latest works.

Known for its innovation and dedication to pushing the creative envelope, the NFB’s Animation Studio is committed to supporting the vision of its artists—talented creators who tell personal stories from unique points of view. In this session, the makers of five recent projects will discuss the intersection of art, technology and story, as well as the importance of staying true to your voice. The participants include Joanna Quinn, Les Mills, Claude Cloutier, Andrea Dorfman, Mike Maryniuk, Michelle and Uri Kranot, and Matt DesLauriers. The NFB’s Julie Roy (Director General, Creation and Innovation) and Christine Noël (Executive Producer, French Program Animation Studio) will be introducing the event. Combining artificial intelligence, machine learning and generative processes, Wayfinder is a web-based generative art game that takes the user on a contemplative cause-and-effect journey through nature. Each experience is as unique and ephemeral as nature itself, as the poems and visuals generated each day will never appear in the exact same way again.

Matt DesLauriers, a Canadian-born artist and creative coder now living in London, UK, conceived this soon-to-be-released project, which will be revealed during the Studio Focus event. His interactive installations have been displayed at the Louvre Museum in Paris and the Art Gallery of Ontario in Toronto.

To celebrate the festival’s 60th anniversary, Annecy and the NFB will be marking their long relationship with a program of specially selected short films, which will be presented outdoors at the Haras in Annecy on Tuesday, June 15. And as part of the celebration, the NFB has asked Oscar-nominated animator Theodore Ushev to direct the NFB’s “Happy Birthday Annecy” video that will also be unveiled on June 15.