Don’t miss this last chance to visit the NFB’s legendary headquarters before their big move to the Quartier des Spectacles in 2019. 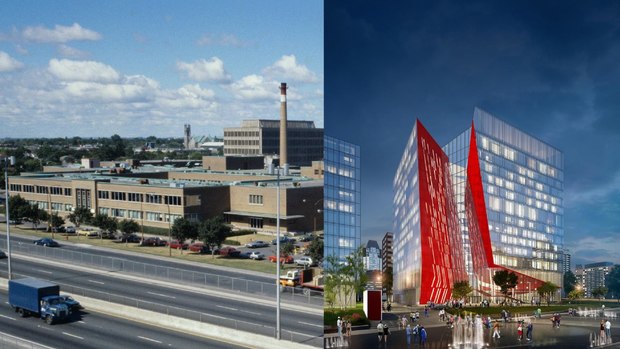 MONTREAL -- The National Film Board of Canada is opening the doors to its headquarters and legendary studios at 3155 Côte-de-Liesse Road for the last time. Open House activities will be taking place on Sunday, September 30, 2018, from 10:00 a.m. to 3:00 p.m. as part of Journées de la culture, in collaboration with Héritage Montreal. In fall 2019, Canada’s public producer and distributor begins the next chapter in its history with the grand opening of its new headquarters in the heart of Montreal’s Quartier des Spectacles.

This Open House event offers a one-of-a-kind opportunity for the public to visit NFB headquarters. Opened in 1956, the building is one of the centers of Canadian and Quebec cinema -- the birthplace of films that continue to win awards around the world. All members of the public -- from cinephiles to casual movie-goers, young families and grandparents -- are invited to take part in entertaining and informative activities designed to provide a behind-the-scenes look at the NFB creative process. Discover how NFB filmmakers and artists go about making documentaries, animation, interactive and virtual reality works, and much more.

There are two different types of activities: a guided tour that runs about 90 minutes and special activities that visitors can sign up for on-site. These include a live demonstration of sound mixing with Luc Bourdon, director of last year’s acclaimed documentaryThe Devil’s Share, accompanied by his sound crew. Guests can choose to spend either the morning or the afternoon at the NFB. Cafeteria service with cold lunch will be available all day. Open House at 3155 Côte-de-Liesse Road
A detailed schedule of the activities offered on Sunday, September 30 is available online at nfb.ca/open-house. A model of the Balmoral building, NFB headquarters as of 2019 © Provencher-Roy.

NFB headquarters has quite a story, beginning with its first home in Ottawa in 1939, followed by the 1956 relocation to 3155 Côte-de-Liesse Road in Montreal (at the time a cutting-edge facility, and the only one of its kind north of Hollywood), to the upcoming fall 2019 move to the Balmoral building in the Quartier des Spectacles, which will include an enticing space that will be open to the public. To learn more, visit mediaspace.nfb.ca/epk/nfbalmoral.